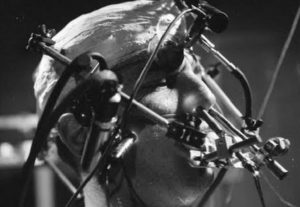 1943 in a Nazi laboratory a young boy of eleven is strapped to a chair, pinned in such a way that he cannot move even his fingers. Above him is a mechanized hammer, which will descend with moderate force striking the boy on the top of the head every twenty seconds.

It’s unclear how long this went on for but it only stopped when the boy had been driven completely insane from the torture. This was only one effort at “Aryan progress” carried out in the Nazi human experimentation programs. Welcome to Auschwitz-Birkenau…

Nazism began not as a movement towards world domination, but as an attempt to save the culture of a struggling nation. However, there’s a great quote by the Greek philosopher Sophocles, which states: “All concerns of men go wrong when they wish to cure evil with evil.”

With no group throughout history is this truer than with Nazis. To maintain what Nazis regarded as the purity and strength of their race they sought to exterminate those that they saw as a threat including Jews, Roma, and the physically and mentally disabled.

This concept of other races or blights to their resources as threats easily grew into the regard of these peoples as subhuman and inferior to such a degree that they were no longer considered to have rights of any kind.

From there, it’s not a far leap to the realization that these subhuman peoples, having the same physiology, could be used through experimentation for the betterment of the Aryan race. In that, the extent of brutality that would be considered acceptable, is beyond unimaginable. 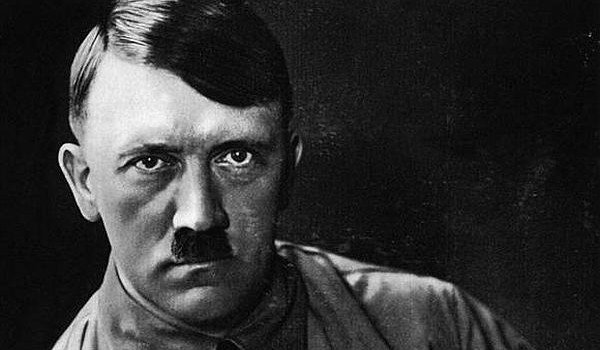 The Nazis carried out a wide range of experiments on humans including with a variety of poisons, burn experimentation in which subjects were scarred using pharmaceutical preparations from phosphorus, and chemical warfare experiments. However, amongst all of these, the environmental experimentation was by far the most savage.

In 1941 the Nazis were fighting a losing war in the near arctic climate of Russia. While the Nazi troops, ill prepared for the severity of the Russian winters died by the thousands, Russian troops (many just peasants) seemed to fight effortlessly through the climate. In the Nazi conquest of Russia hypothermia was quickly becoming the real opponent.

At first this led to general experimentation with prisoners at Auschwitz in an effort to determine at what point the average person freezes to death. The Nazi experiments included submerging subjects in tubs of 4.2 °C (39.6 °F) water until they had died of exposure to the temperatures. This on average took over an hour.

Freezing to death is easily one of the most horrific ways to die. Beyond incredible pain throughout skin, muscles, and even organs, a person begins to experience bizarre instinctive impulses, a feeling which could be seen as worse than the onset of madness.

A freezing victim first experiences what is called “paradoxical undressing”, an immediate need to remove all of their clothing. This is followed by “terminal burrowing”, also called the “hide and die” instinct, an undeniable impulse to dig and bury yourself. 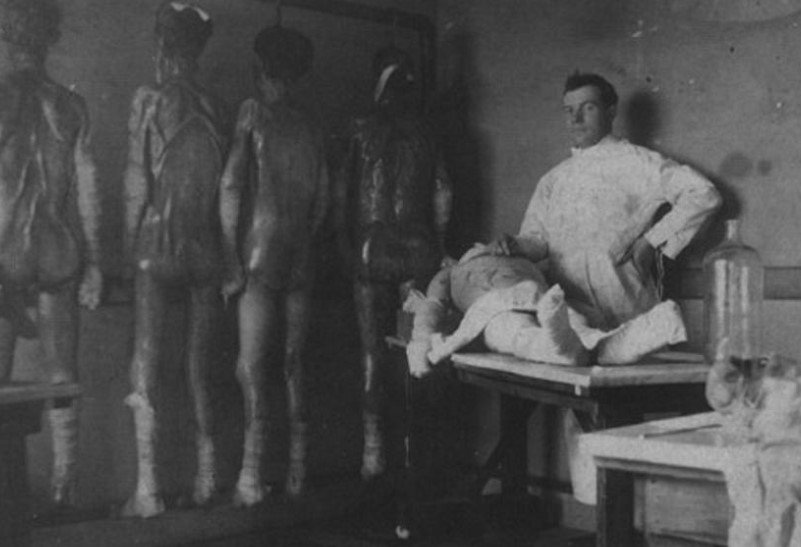 In another set of experiments the Nazis were seeking to determine the effects of drinking seawater. Ninety Roma were deprived of food and given nothing but seawater to drink for a period of weeks.

The worst part of drinking seawater is that your kidney cannot produce urine from a concentration of salts of more than 2% in any fluid – seawater is 3% salt. The effects of too much salt in the body would be severe intestinal cramping, hallucinations and dementia due to dehydration, and even bleeding from your orifices as the more tender skin becomes cracked and dry.

Of the 200 subjects, 80 died outright, but those that lived might have wished they hadn’t. If you were unlucky enough to survive, your brain would be vivisected while you were still conscious.

Nazi human experimentation was carried out at a number of facilities including Buchenwald and the Dachau concentration camp, but none saw so many as Auschwitz-Birkenau.

There are plenty of stories of hauntings, and even lists that will tell you that Auschwitz ranks amongst the top ten haunted locations on Earth, but the truth is that none of that is necessary. Standing in Auschwitz-Birkenau, the feelings of unspeakable horror and sadness are all around you.

It’s impossible to look at the empty rooms, the small personal and usually very plain objects left by those who suffered and died here, and not hear the sounds of terror and anguish which reverberate throughout the whole of this torture factory.