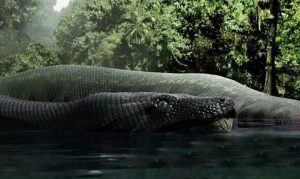 A huge anaconda is just an ordinary worm compared to a Titanoboa, a snake that lived in antiquity in the forests. She was almost twice the size of the largest living snake and was more than 20 meters long.

Scientists first discovered the fossilized Titanoboa skeleton during excavations of old sediments. The skeleton was so big that it was first mistaken for a dinosaur.

But when he was dug up completely, it became clear that this is a snake striking in size.

The weight and size of the snake influenced her appetite. The size of a Titanoboa’s head is four times the head of a giant python: an adult can stand in a full-length mouth. 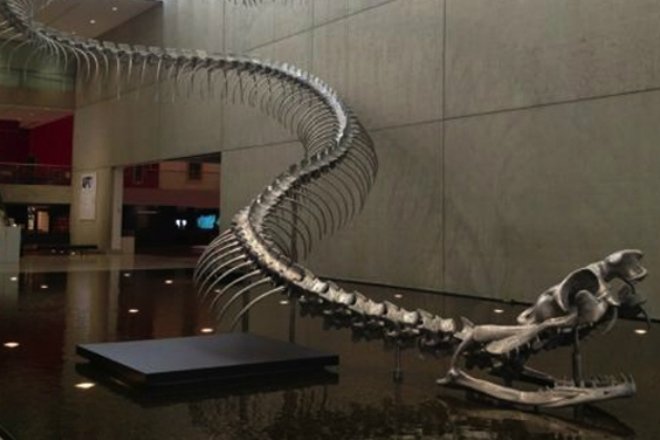 Such a predator hunted for really large prey: even small elephants could become it.

Most of the time Titanoboa spent under water, in the backwaters of rivers and swamps.

According to scientists, titanboa disappeared several tens of millions of years ago. But some snakes could last longer, disappearing shortly before the appearance of people.

On the planet supposedly suitable for life found water