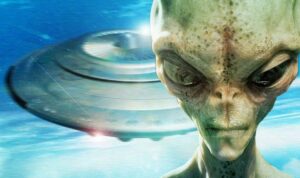 The new head of NASA, Bill Nelson, believes that reports of unidentified flying objects (UFOs) require serious study. He stated this in an interview with Politico, published on June 10.

Nelson said that several years ago, as a member of the US Senate Committee on the Armed Forces, he had access to reports from military pilots who recorded such phenomena. He also held personal conversations with them.

“These pilots were catching them (UFOs – Ed.) with radars. They watched them and saw that they were moving so fast that it was impossible to believe in it. So this is a phenomenon that we need to explain,” said the new head of NASA, explaining his order to check reports of unidentified phenomena.

Nelson took over the administration of NASA on April 30 this year.

On June 4, the American edition of The New York Times, citing high-ranking officials, published a material stating that Washington had doubted the alien origin of UFOs.

It was clarified that the American intelligence community did not find evidence that the unidentified flying objects that the American pilots observed in recent years, as well as the technologies they used, were alien in nature.

At the same time, things were mentioned that cannot be explained. In particular, the speed and rapid change in direction of some objects.

Bill Nelson said that he does not believe that UFOs are evidence of aliens visiting the Earth. Because if this is the case, “I think I will know.” However, he admitted that it is too early to rule out this possibility.