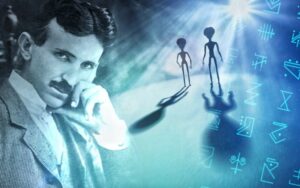 An eccentric genius and a man in every respect extraordinary was born on the night of 9/10 of July, 1856 in the Croatian village of Smiljan, a village near Gospic Lika, (the Krajina, a military district of Austro-Hungarian Empire, now in the Republic of Croatia).

“A purpose was behind these signals… They are the results of an attempt by some human beings, not of this world; to speak to us by signals.” – Nikola Tesla

According to messagetoeagle.com, this event took place at the stroke of midnight “with lightning striking during a summer storm”. Because of the unusual moment of his birth, the midwife commented that “He’ll be a child of the storm,” to which his mother answered: “No, of light.”

The great man is gone but… he will be remembered forever!

Those who knew him say he was not a normal human, but a superman, either a reincarnated master – or even an ET with superior mental powers placed here to assist in Earth’s technological development!

Nikola Tesla could have gone down in history as the man who invented the 20th century. Instead his theories were ridiculed and he died alone in a hotel bedroom.

Mostly, he did not improve on already existing technology, but created prototypes and sometimes entire new industries.

Many of his pioneer inventions he carried with him to his grave. But he believed in the destiny of man who, in his words, “searches, discovers and invents, designs and constructs, and covers with monuments of beauty, grandeur and awe, the star of his birth.”(Velikovsky)

Tesla was the first to attempt to communicate with neighboring worlds using radio waves.

In 1899, he was at his laboratory in Colorado Springs, driving monstrous surges of power into the Earth and also beaming energy outward from the 280-foot tower he’d built. He had instruments to record electromagnetic disturbances anywhere within a radius of 1,100 miles. It was an experiment of Frankensteinian proportions.

During the tests, Tesla began picking up odd data on his instruments. He was sure that this was a signal of some sort.

The signals came periodically, and with such a clear suggestion of number and order that they were not traceable to any cause then known to man.

“I was familiar… with such electrical disturbances as are produced by the sun, Aurora Borealis and earth currents, and I was as sure as I could be of any fact that these variations were due to none of these causes…”

“The nature of my experiments precluded the possibility of the changes being produced by atmospheric disturbances. . . . Although I could not decipher their meaning, it was impossible for me to think of them as having been entirely accidental . . . a purpose was behind these signals. . . . They are the results of an attempt by some human beings, not of this world; to speak to us by signals…” 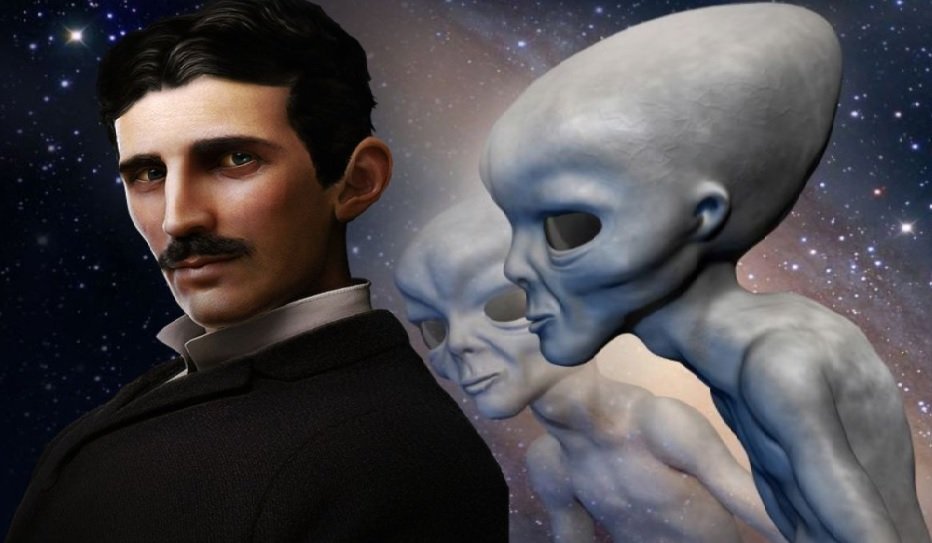 “The feeling is constantly growing on me that I had been the first to hear the greeting of one planet to another.”

“I am absolutely certain that they are not caused by anything terrestrial…” (N. Tesla)

In Collier’s Weekly dated February 9, 1901, Tesla wrote in “Talking with the Planets” as follows:

“I can readily demonstrate that, with an expenditure not exceeding two thousand horse-power, signals can be transmitted to a planet such as Mars with as much exactness and certitude as we now send messages by wire from New York to Philadelphia. These means are the result of long-continued experiment and gradual improvement…”

He claimed he had detected an artificial signal from Mars, or possibly Venus, using high-voltage equipment he had set up at Colorado Springs, Colorado. He also predicted that interplanetary communication would “become the dominating idea of the century that has just begun.”

After informing the world of these signals, he would neither discuss the devices he used nor the signals any further. However, the issue was further researched, according to a report entitled “A Historic Report on Life in Space: Tesla, Marconi, Todd.” mentioned by Stanton T. Friedman, a nuclear physicist and the best-known scientific ufologist in North America and probably the world, in his book Captured!: The Betty and Barney Hill UFO Experience“.

The purpose of the paper was to examine the original data of Tesla, Marconi and Todd to determine whether or not current science was duplicating the effort made by these men to detect radio frequency communication from extraterrestrial life forms on some distant planet.

“I am absolutely certain that they are not caused by anything terrestrial…” (N. Tesla)

“Communication once established, even in the simplest way, as by a mere interchange of numbers, the progress toward more intelligible communication would be rapid.

Absolute certitude as to the receipt and interchange of messages would be reached as soon as we could respond with the number “four,” say, in reply to the signal “one, two, three.”

“The Martians, or the inhabitants of whatever planet had signalled to us, would understand at once that we had caught their message across the gulf of space and had sent back a response. To convey a knowledge of form by such means is, while very difficult, not impossible, and I have already found a way of doing it.

“What a tremendous stir this would make in the world! How soon will it come? For that it will some time be accomplished must be clear to every thoughtful being.

“Something, at least, science has gained. But I hope that it will also be demonstrated soon that in my experiments in the West I was not merely beholding a vision, but had caught sight of a great and profound truth…”

Did Tesla’s experiments transmit radio signals to some of our nearer planets?

According to Su-Shu-Huang of the Institute for Advanced Study at Princeton, stars nearly identical to the sun are most likely to have developed life,” Stanton Friedman writes in his book.

Had Tesla unintentionally detected signals from another civilization or did he simply make an error?

Probably, we’ll never know. Because of his financial problems, (he was not a good businessman, but a true scientist) a large part of his research notes and other papers were auctioned off after his death.

What happened to his other research papers? How much of Tesla’s work remains hidden and confiscated?

It’s unknown and thus, much of his scientific work of great value has been lost for ever.

A great mystery still surrounds him and his genius work! He will never be forgotten!