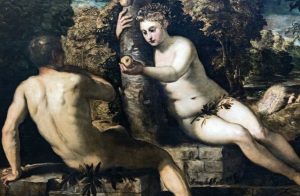 Scientific studies show that all modern humans may be “descended” from the same man and woman who lived hundreds of thousands of years ago. Such a thesis was put forward in a study published in 2016 in the Human Evolution journal.

Scientists analyzed ‘mitochondrial DNA’ passed down by mothers from generation to generation and discovered ‘no human uniqueness’. So-called genetic barcodes, or pieces of DNA that form outside the nuclei of living cells, seem to indicate that humans come from one particular pair.

We are not unique in this regard, and nine out of ten animal species are the same. As noted in the study, the evidence supports the theory that most species arose relatively recently and did not have enough time to develop large genetic diversity.

The discoveries made by Mark Stoeckl and David Thaler raise some new questions. What preceded the pair from which the people who survived to this day descended?

The new discovery suggests the existence of “an evolutionary process in which populations collapse and die out, leaving the need to start from scratch.”

To make the discovery, scientists used vast amounts of data from the world’s fastest-growing biological database and the literature on the theory of evolution, including the writings of Darwin.

The study has been widely publicized in many religious circles because its results are reminiscent of the stories of Adam and Eve.

Has the biblical story been proven?

Unfortunately, it is too early to get over-excited because mitochondrial DNA alone does not allow such far-reaching conclusions to be drawn.

Secondly, there is no evidence that a mass extinction occurred 200,000 years ago, and the scientists themselves simply stated that their conclusions are “consistent” with the concept of the founding couple of modern humans. There was no question of finding out who they were.