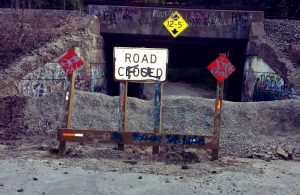 Tucked away in the backroads of Indiana you’ll find what appears to be a sleepy town with a population of just 800 people. Despite this village sized population you have a 150% higher chance of being murdered here than the Indiana state average or the US national average.

This is because the little town also has a horrible secret tucked away, a secret they’ve been keeping for almost 50 years. This is the home of the Devil’s Mountain Cult and the beginning of the 7 gates of Hell. Welcome to Milltown Indiana…

This article is filed under “Urban Myths” for the sole reason that most in the surrounding area of Milltown have come to believe that’s all it is, but as we know with cases such as Elmer McCurdy, sometimes urban myths are not myths at all. In this case there are two urban myths which are surprisingly not told in conjunction.

The first tells that in 1969 there was a cult known as the Devil’s Mountain Cult active in the area of Milltown, and that on Halloween of 1969 nine people were found ritualistically murdered at the nearby abandoned mine.

Due to the grisly nature the corpses were found in and the fact that many of the victims had family in the tight knit community the murders were the blacked out from the media and kept very quiet by the local sheriff’s department. 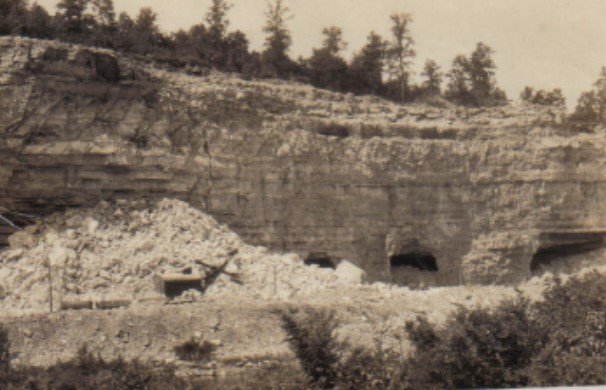 Today locals swear that the nearby Milltown Limestone mine, now nicknamed Devil’s Mountain is haunted (if you could even call it that) on a level unlike anywhere else. Here the case is not ghosts or even poltergeists, but what one could consider true demonic apparitions that roam the caverns.

Add to this that the cult is said to still be active and that there is some evidence of it with the high murder rate and numerous reports of animal mutilations. Devil’s Mountain is not somewhere safe to go exploring.

The 7 Gates of Hell

The second myth, as I said surprisingly not told in conjunction is the more widely known story of the 7 Gates of Hell. The story very simply tells that there was once a series of 7 bridges and tunnels which a secret order, a satanic cult consecrated as “gates”, and that through ritual practice from one gate to the next the doors of Hell could be opened.

Separately the two myths seem unreasonable and would definitely be categorized as urban legend, but together a much more specific story begins to emerge. We have the mine, the murders, and the mention of satanic practices in both cases, but of course what’s missing is that series of seven bridges and tunnels. So did it ever exist and is there any trace of it to be found today? The quick answer is yes…

The final gate is said to be the only gate still standing and is located about 70 miles North of the Milltown area. The myth also tells that the first gate is a cave, but a naturally occurring cave so this is not in reference to Devil’s Mountain.

Again, a giant cave in the middle of the forests of rural Indiana seems fairly unlikely, except that there is one located just outside of Milltown almost directly south of the final gate.

The path of the 7 Gates of Hell may be hidden by time, but it is not gone.

Running The 7 Gates of Hell

Looking at N Rock Run Church Rd and with a little bit of brains, you can see somethings wrong. The road appears to begin at Country Road 1350, but then ask yourself why “North” Rock Run Church Rd. Now look closer at the map scenery. Below the red marker you can clearly see where the road used to continue, splitting the two fields. This was prior to 1980 and back then it was known as simply Rock Run Road.

From there it cut across Little Creek (Gate #6) and joined N County Road 350 West until it hit Rio Grande Rd and again cut into what were at that time woods until crossing Bee Creek (Gate #5). If you continue to follow Bee Creek down you’ll find the remnants of an unused bridge (Gate #4). Further South you’ll hit W County Road 1000 N, and unfortunately this is where we lose the road as this area was developed with a number of modern homes and new roads as recently as 2000.

We pick it up again briefly in Hoosier National Forest at Lost River where hikers will tell you there is a long abandoned (and now collapsed) bridge crossing the river which appears to have been connected to a road at one point but now stands alone in the middle of the forest.

If our charted course is correct Rock Run Road would carry on South cutting by the edge of Brazil Indiana for another 60 miles before stopping at Marengo, and here you find Gate #1, The Marengo Cave.

The Marengo caves are a truly massive labyrinth of underground tunnels spanning seven acres. It naturally has multiple openings to the outside mostly through small holes just large enough for a grown person to climb through.

Although the cave was discovered in the later years of the 1800s and has been thoroughly explored they are still finding more caverns within it. As recently as 1992 a new section hidden behind a thin sheet of rock was discovered adding another 2 miles to the caverns.

None of this is evidence enough to prove that these two urban myths are based in reality, but they do cause one to consider the possibility.

One last thing, if you do choose to visit these locations remember that we’ve done our part in warning you not to enter Devil’s Mountain, and please don’t try to open the gates of Hell. Opening the gates of Hell would be very bad!