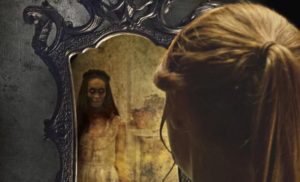 Devil Face is a game played by teenagers in Spain. They say that playing the game will result in you seeing the face of the devil in the mirror. The Devil Face game can only be played by one person.

You need only 6 black candles to play it. Half an hour before midnight, lock yourself in the bathroom and turn off the lights. Stand in front of the mirror and light the six black candles.

Close your eyes and keep them closed until the clock strikes midnight. Then open your eyes.

You will see the face of the devil in the mirror.

But playing the Devil Face game is said to be far from safe and we urge you not to play it. In Spain, the real-life story is told about a 16-year old boy who tried to see the face of the devil using this game and suffered horrible consequences.

One night, a group of friends were having a party in Oviedo, Spain. The atmosphere was fun and the air was filled by jokes and laughter. One of the teenagers at the party was a young man named David who was 16 at the time.

The teenagers were talking about various topics, but one thing led to another and suddenly they were telling each other scary stories. Although most of them were very entertaining, there was one tale that caused some concern for some of the teenagers at the party.

The story was told by a girl named Safia who had just joined the group. She was a goth girl and dressed all in black with silver studs in her nose.

She shocked many of the people at the party when she told them she knew how to see the face of the devil. Most of the kids thought it as a joke or something she had invented herself, but still, they were somewhat frightened.

Safia told them that it was a game she had played with her friends. There was a ritual involved and she said it had to be done at exactly midnight. She said you had to lock yourself in the bathroom and turn off the lights.

Then stand in front of the mirror and light twelve black candles. You had to close your eyes and keep them closed until the clock struck midnight. Then, when you opened your eyes, you would see the face of the devil in the mirror. 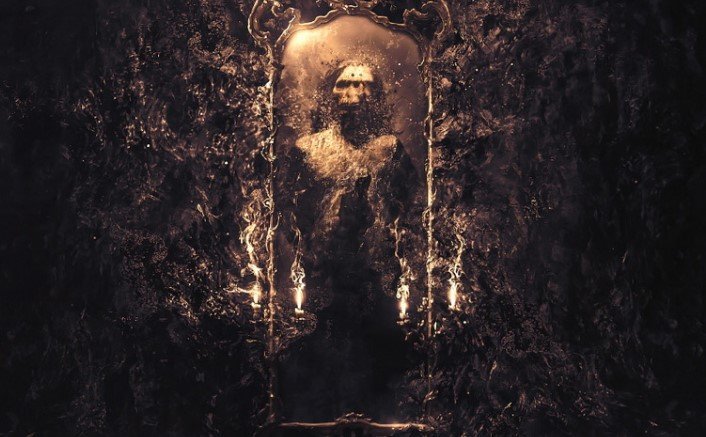 This is the story the goth girl told and a lot of the teenagers dismissed it as a joke, but David said he would do it without hesitation. He was probably just trying to be brave and impress the girls at the party, but as soon as he said he would do it, there was a lot of excitement.

Some of the girls tried to talk him out of it, while some of the boys went out to buy twelve black candles from a nearby shop.

By nightfall, they had everything they needed to attempt the ritual. David went into the bathroom and the others set up the black candles in front of the mirror for him. A few minutes before midnight, they left him alone in the bathroom and he locked the door behind them.

The teenagers all waited outside, not sure what they were expecting to happen. They heard the clock strike twelve. After the chimes of the clock died out, there was only silence. Nothing had happened.

Feeling like it was something of an anti-climax, the teenagers were disappointed and banged on the door of the bathroom telling David he could come out now.

But there was no answer from the bathroom. The girls began to get worried. Perhaps something had happened to David. The boys got a crowbar and strated prying at the lock. Eventually it gave way and the door swung open.

What they saw was very distressing. David was lying on the ground, clutching at his chest. A strong smell of sulfur filled the air. The only thing his friends could do was call the emergency services.

The doctors who treated David said he had suffered a stroke. The entire left side of his body was paralyzed and he was unable to speak. He never recovered from the stroke and never regained his ability to speak. Today, he is still confined to a wheelchair, only able to mumble incoherently.

The teenagers who were present at the party that night were so traumatized that they were unable to sleep for a couple of months afterwards. They even had to receive treatment from a psychologist to overcome the experience.

It might sound like a bunch of superstitious hooey, but scientific research now says that seeing altered images in a mirror is a real thing, most likely due in part to a type of optical illusion called “peripheral fading” or the Troxler Effect.

It may sound like fun, but if you think about it, do you really want to see the Devil’s face appearing to you in the mirror?