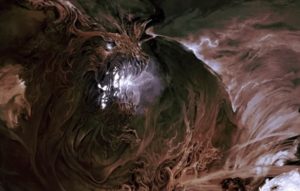 In the ancient Persian belief system known as Zoroastrianism, the prince of evil spirits was named Ahriman or Angra Mainyu. Some legends stated that he was limited by time and space, and knew nothing of his pure counterpart, the Lord of Light and Wisdom.

Other traditions believed that this mighty evil spirit had served as co-creator of the world. All agreed that he had created a veritable army of demons called daevas, whose job it was to sow dissension and promote immoral behavior.

Ahriman the Prince of Demons

Ahriman or Angra Mainyu was the malicious twin of either Spenta Mainyu or the Creator Ahura Mazda, the Lord of Light. Evidently he was so eager to rule the world that he ripped open his mother and burst forth from her womb before his benevolent twin had a chance to react.

Interestingly, even though Ahriman stands in total opposition to the good; he is presented as an equally powerful albeit evil god, rather than a lesser demigod or mere fallen angel.

Ahriman rules the Iranian Desert and is the source of all the evil in the world. He has created many demons or “daevas,” each of whom is dedicated to a particular form of wrongdoing. Some legends claim he also fathered a child named Zohak, who ruled for one millennium until he was finally destroyed.

Prevailing wisdom has it that someday the good twin Ahura Mazda will send three great saviors to destroy Ahriman and all his demonic forces, and the eternal reign of the Lord of Light will then commence. Some versions of Zoroastrianism, however, do not seem nearly as sure that the Lord of Light will definitely prevail over the Demon Prince and his followers. 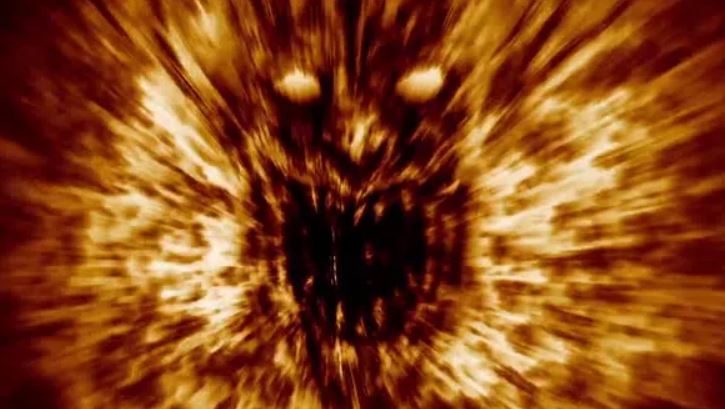 The Daevas or Demons of Zoroastrianism

The desert spirit-demons of Ahriman were created by him to serve as direct opposites to the celestial angels, who are called the Holy Immortals, amesha spentas, or ameshaspands. For instance, the demon Druj, who represents Falsehood, was created to be the antithesis of the archangel Truth/Righteousness, who is named Asha.

Druj is said to be the leader of a host of female spirits known as Druji. Other important daevas include the females Az and Taromaiti; and the males Aka Manah, Zairicha, and Taurvi.

Several of the daevas were once sacred Hindu deities. Imported to Persia, they were transformed into evil spirits such as Saurva and Naonghaithya. In fact, the term daeva or deva originated in India as a name meaning “shining ones,” which was used to describe both gods and demigods.

The daevas are not necessarily eternal; but they do exist for a long time, and consistently spread disease and misery throughout the world. They are also very interested in leading mankind astray by encouraging people to worship them instead of praying to a creator-god.

Living a clean, decent life and enjoying the blessings of creation is supposed to keep the daevas at bay. Unfortunately, even good people are prone to possession by daevas for approximately nine days after death; bad individuals may be possessed while still alive, and many purification rituals and specific prayers are available to help drive the loathsome daevas away.

Ahriman and His Devils or Daevas Still Have Influence

There are only about 500,000 Zoroastrians practicing today, but the religion’s concepts of dualism and demonic forces in constant conflict with angelic beings have influenced almost every other major religion.

The practice of devil worship, which gives the dark god equal power and status with the light, may have found inspiration in Ahriman’s and Ahura Mazda’s reputed parallel existences.

Though very few people today are familiar with Ahriman, shades of his cruel desert kingdom appear in the New Testament’s temptation in the wilderness, in the evil djinni’s noxious sandstorms, and in the torments and travails of countless ascetic saints.

Ahriman created at least one dragon to assist him; who else but Satan has been described as the Great Red Dragon? Even the novel The Exorcist named poor Regan’s possessing spirit as Pazuzu, a Babylonian demon known to send pestilence by way of the hellish desert winds.