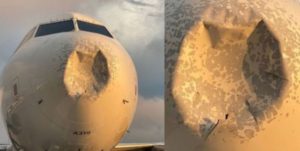 It is not the first time that commercial aircraft is hit by unknown objects during flights at high altitudes, reports ufosightingshotspot.blogspot.com.

The latest mysterious incident happened a few days ago when a Delta flight 1076 from West Palm Beach to LGA diverted to JFK on July 6, 2020 after it was hit by an unknown object with such a force that it damaged the nose cone of the plane. 43 passengers were aboard. The flight landed safely and without incident.

The airline initially said the damage was the result of a bird strike, but later they determined that it was a hail storm that struck the plane which caused the damage on the nose cone. 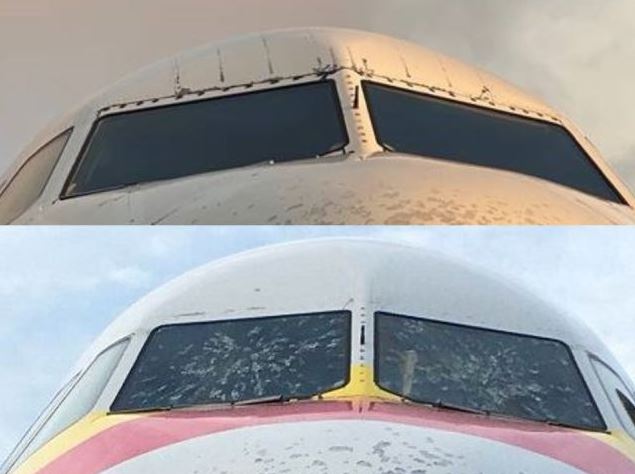 So, if it was really a hailstorm then, besides the damaged nose cone, the windshield of Delta flight 1076 should also be shattered and that is not the case.

A bird? Well, it must have been a very large one to cause such a damage to the plane. 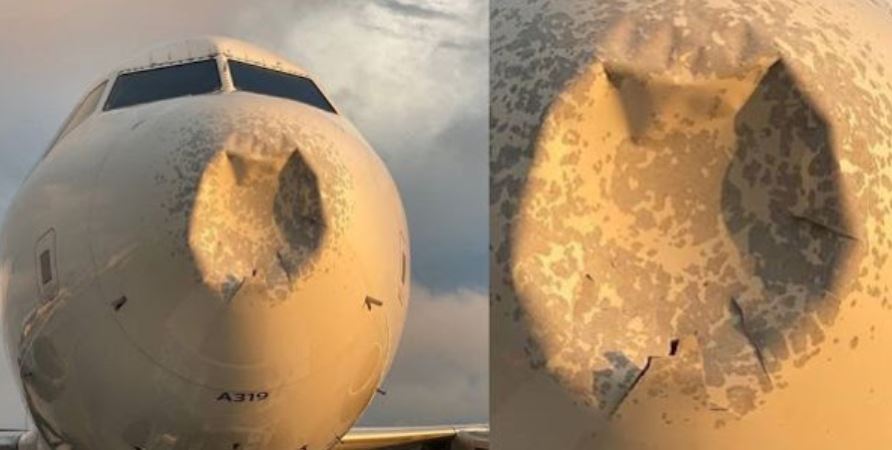 In short, it is not clear what hit the plane, but could it have been a UFO or UAP, for example something like a “fastwalker”?