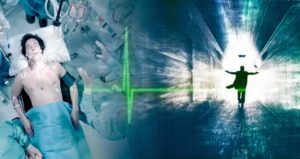 Dr. Parnia’s work illuminates how death is not an absolute, but a process.

People who have near-death experiences say that after death they were met by their relatives and friends who had died earlier, a new study show.

The young woman told what happened after the drug overdose. Virginie R. from France said that her younger brother met her. Brother died of leukemia when he was 12 years old. The woman added that she was approaching a white light, which was at the end of a large tunnel.

The light was incredibly bright. Virginia’s younger brother Philip, who died 12 years ago, took her hand and led her to the light. Then a very loud voice asked the woman why she wanted to die. She replied that the reason was the death of her brother, as well as her mother’s resentment against her.

Another person, William S., who was injured in a car accident, said something similar. He met with his deceased grandmother, who was standing right in front of bright white light. He also noticed several other figures from the side.

The grandmother gave the man a choice. He could go with her or come back. She also added that if he stays, then everything will be fine, and if he decides to return back to life, then this experience will be the most difficult for him in his entire life.

Lauren K., after being hit by a car, left her body and completely immersed herself in white light. At the same moment, the deceased grandfather appeared in front of her.

As in the previous story, so in this one, the deceased gave the girl a choice. She had to decide if she wanted to return or stay with her grandfather.

There are a lot of similar examples. Many people who have experienced near-death experiences report seeing a bright white light and their deceased relatives.

Recently some researchers have started to raise the question that maybe your mind, your consciousness, your psyche, the thing that makes you, may not be produced by the brain. The brain might be acting more like an intermediary.

The fact that people seem to have full consciousness, with lucid well-structured thought processes and memory formation from a time when their brains are highly dysfunctional or even nonfunctional is perplexing and paradoxical.

Past Life Regression Discoveries: Where They Come From and Why