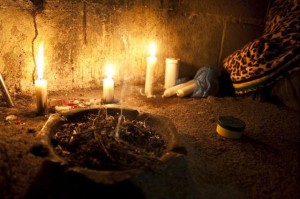 The world of magic is full of “things” that can hold their own hidden power. They can be a simple piece of wood used to harness the magical power of an individual—also known as a wand, or they can be a mystical blue sorcerer’s hat that allows the wearer to animate random household objects like in Disney’s Fantasia.

Magic by itself is usually considered to be an outside force that flows through anything and everything. The ability of certain objects to be more receptive of that magical force and more pliable when a person wishes to use the object’s link with the supernatural for individual uses truly makes it special though.

Some items have a tendency to be more special than others as they are closer to the force of magic. Here is a look at these unique objects thought to be nearer to the magical world and the forces of magic that are of special use when wanting to harness the power for yourself.

Nature was thought to be one of the most powerful masters of magic on the planet. It can cause the rebirth of the world after the depth and despair of winter. It can cause a tiny seed to grow into a field loaded with food that humans in the area need to survive.

Most nature worshipers believed trees to be the greatest representation of nature though—being a life force that contributed so much to natural beauty and to the survival of humans and the human way of life. Having items that were made of wood, particularly wood of sacred or special trees, allowed a human to connect with the powerful magic provided by nature. Powerful humans who are turned into legends for their magic harnessing abilities will generally have some item made from the wood of especially strong or extraordinary trees.

Wands or staves (branch shaped wooden items) are the particular favorites for these amazing humans with a desire to tap into magical forces of nature. The attribute of being able to act as the perfect way for a human to control the phenomenon and strength of magic in a focused beam or concentrated source of the wood makes them the exact tool that mankind needs to harness the magic of the outside world.

To take the power of wood items even further, most runes (tiles with single runic symbols on them) that are used for divination are advised to be hand carved from wood by the person who will be using them to see into the future and to have future related questions answered. The wood acts as a transition medium of magical power, and the action of carving or merely making them by hand links the power of the wood-based items to the human user.

Mankind has always know the words are powerful in themselves. Words can inspire great good and great evil with their mere utterance. In depth communication skills, the true ability of speech is what makes humans so special in the animal kingdom. What took us even further was the creation of a system of symbols that could relay these communication messages to anyone without the message bearer having to be present.

These magical symbols (known as writing) have helped us to advance forward—even developing new systems of symbols to structure our new technologies such as binary code to program computers. The idea of documents or collections of documents in a single source like a book being closer to the magical realm because of their ability to summon human emotions and to serve as a speaking human when the speaker is not around is not a hard leap. Special books or writings can be magical in their own right.

Practitioners of Wicca even compile their preferred religious texts and magical spells. Each Book of Shadows is unique to the individual witch even though ethics and core principles are generally contained in each. The concept of a spell book is seen far back in time in folklore and stories—a leather bound collections of paper with the proper words in the proper order to control magic forces of the world.

Water is the foundation of life on Earth. The basic organisms that acted as the first living creatures on the planet were beings of the water, congealing into a cellular structure from the nutrients within the water itself. Water is necessary for all life on our planet—whether it is required for life on other planets is still a big debate and a bit of a shaky science as scholars hypothesize life might exist without the typical necessities of Earth based life.

Organisms either need to live within a body water (fresh or salt) or have access to water on a daily basis. Human beings can go an average of three days without a food source but need water at least every twenty or so hours in order to continue living. Water is also a symbol of purity in almost all cultures and acts as a useful medium for transition into the magical realm or into the world of the supernatural.

Adding water to most potions or magical concoctions is rare, but it is used primarily in purification rituals and to cleanse areas or atmospheres. Spritzing a fire with water or hot metal to create smoke or steam is a way to combine two powerful natural elements to bring more magical influences into an area.

The explosive combination of the cooling power of water and the abrasive heat of a fire or an object holding onto heat from an unrevealed fire freely shows the power of nature’s magic and can act as a way to call more magic into one’s surroundings. However, a mere sprinkle of water (particularly if it has been blessed) is usually enough to magically purify an area.

Naturally made crystals have always drawn the attention of humans. Their beautiful colors and amazing shapes that they always make for themselves without any outside influence or man made shaping truly are something at which to marvel. Raw crystals forming these gorgeous geometric configurations have the ability to make people think of them as having a special link with magic of their own that can make them become perfectly shaped without any outside interference or special assistance.

Even the earliest records found of humans attempting magic feature some type of crystal assistance to help them become more in tune with the magical forces around them. Ancient Sumerian priests would include crystals in their magic formulas, and the ancient Egyptians were fond of crystals in their magic for protection and certainly healing properties. The crystal acted as a way to focus human wants, human needs, and human energies to bring in the power of magic in effort to use its extra strength to achieve goals requested by the human using the crystal.

It is a very important element in many religions even if the religion has forgotten the past tie, such as Christianity (Roman Catholicism in particular) which denies any mystical power in crystals even though they are mentioned as special throughout the Bible. Even today though, crystals are still believed to have certain restorative and healing uses since they have the ability to focus those particular branches and areas of magic more so than other items.