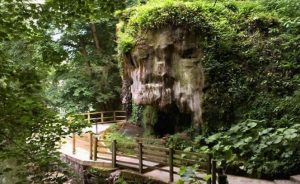 On the banks of the River Nidd near Knaresborough in North Yorkshire, England there is a mystical well that turns objects into stone.

If any object, be it leaves, tree stems or birds, touches the water in this well, it will turn into stone in a few months.

For centuries, the inhabitants of the region thought that this well was cursed by the devil. This myth is fueled by the fact that the edges of the well resemble a giant skull. 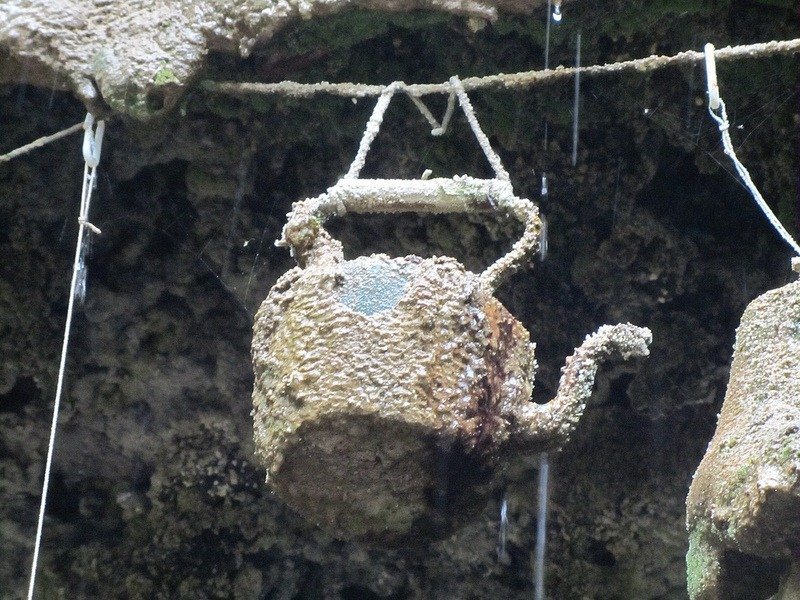 Some people throw objects into the Knaresborough well just to test if the legend is true and to testify to the petrification of the objects. Some ancient relics can be seen to this day.

For example, there is a Victorian era hat or an 1880 lady’s hat, all of which have been turned to stone. More recently, teddy bears, a teapot and even a bicycle have appeared there, which have petrified in a few months.

The earliest known reference to date comes from John Leyland, an antiquarian from 1538. In his diary, he writes that people of his time believed that the Knaresborough Well had miraculous healing powers. 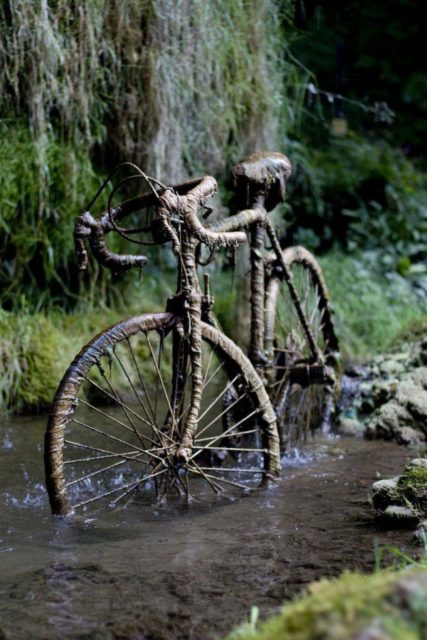 In the early 1960s, a doctor examined samples of the well and concluded that the water from the Knaresborough well had a miraculous effect on any part of the body. But then the inhabitants began to see objects that turned to stone, and the reputation of the well became as black as its depth.

Another reason for the terrifying legend of Knaresborough Well is Mother Shipton. The latter was the daughter of a local prostitute who was born in a basement next to this well. Mother Shipton was said to be a seer whom the locals called the devil’s daughter.

When she got older, the girl declared that she had psychic abilities. She has been said to have predicted the great fire of London in 1666, the defeat of the Spanish Invincible Armada in 1588, and even the invention of the smartphone. 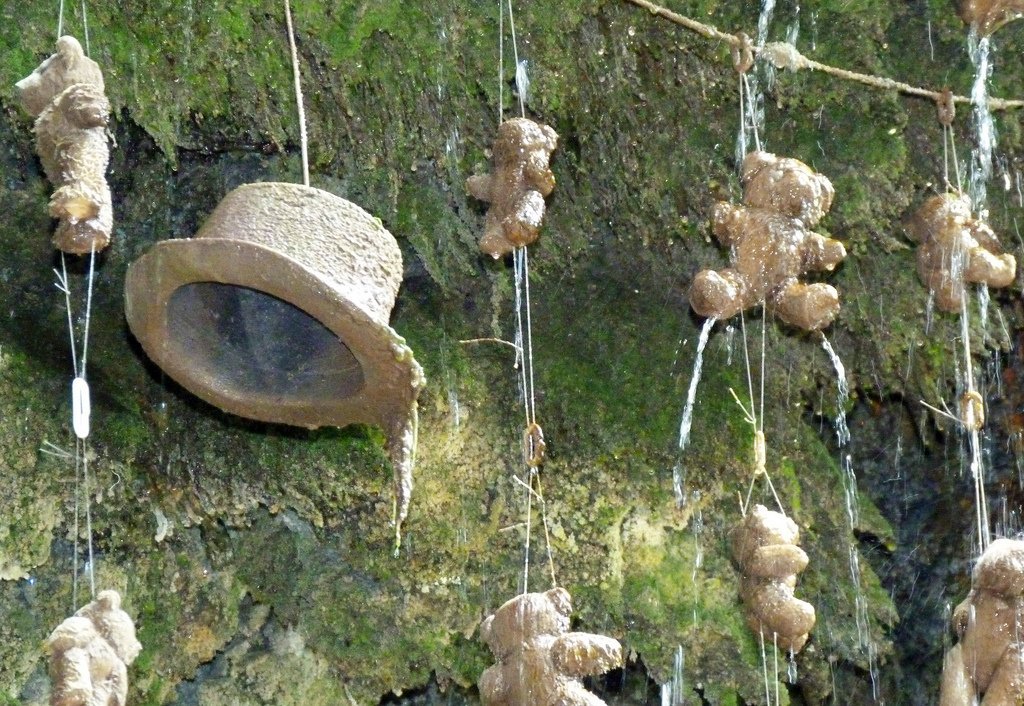 In 1630, the area of ​​woodland containing Knaresborough Well was sold by King Charlemagne I to a local man named Sir Charles Slingsby. The well was very popular at the time and Slingsby began to charge an entrance fee and Knaresborough Well became a major attraction in England.

To this day, science is trying to unravel the mystery of this well, which turns objects into stone.

One theory states, that water contains a very rich mineral component, which forms a kind of shell around objects. Long exposure allows this shell to harden and become like a stone. This is the same process as the formation of stalagmites, but in a much shorter time.

The level of limestone is so high that it is forbidden to drink water from the well, but this scientific explanation does not suit the locals, since objects completely turn into stone, and science stipulates that this is just a stone shell that surrounds objects.

For residents, Knaresborough Well is cursed and is a divine reminder of the punishment of sinners.

Small objects can take 3 to 5 months to petrify, while larger objects take 12 months to turn into stone.