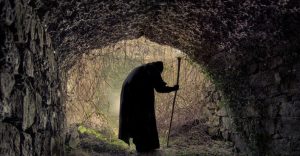 “I had rather come face to face with the entire British Army than to spend another night with the Bell Witch”, those are the words of General Andrew Jackson, who would later go on to become President of the United States. He and his troops had found themselves in circumstances that required they spend the night at the Bell Farm. It was a night that haunted him the rest of his life. Welcome to the John Bell farm, home of the Bell Witch Haunting…

To some degree you may already know portions of the Bell Witch Haunting. It was the basis for movies such as An American Haunting in 2005, and The Blair Witch Project in 1999, but the real events that took place at the John Bell Farm near Adams, Tennessee in 1812 are far more terrifying than Hollywood chose to show you.

John Bell settled his farm in 1804, and he is described as a man of commanding presence. His commanding presence combined with the fact that he had the largest farm in the county quickly made him a leader in the community, but in this time he also gained many enemies.

One such enemy was Kate Batts, a widower who claimed that John Bell had illegally co-opted her lands. The two had numerous run-ins until she passed away of illness, but it’s said that on her deathbed she swore a curse on the family, and stated that she would return to enact that curse. That’s when things go from civil to terrifying and the Bell Witch is born.

Shortly after Kate Batts death, John Bell spotted and pursued a strange animal in his cornfield. He described it as a dog with the head of a rabbit. Next came the constant knocking, gnawing, and scratching noises across the exterior walls of the Bell house, which soon began to come from inside the house.

From there events at the house progressed into the violent movement of objects, until one day when John Bell’s daughter, Betsy was physically assaulted by an invisible force, and the family called upon the services of the church.

The Reverend James Gunn took up work to identify and exorcise the spirit which had been tormenting the family. It was in his first communication with it that the entity named itself as “the witch Kate Batts” through the mouth of Betsy Bell.

The witch took a liking to the Reverend, and even began to refer to him by a nickname “Uncle Suggie”. It was even quoted at one point to have greeted the Reverend with “Good evening Uncle Suggie. How do you like to be called uncle to the devil?”

In the days immediately following that first communication, Betsy Bell became the constant focus of the Bell Witch’s attacks. Family members as well as numerous witnesses, including people of authority from the nearby town, witnessed the young girl being strangled by invisible hands, and at times writhing in pain screaming that the “old thing” was stabbing her with needles. One incident involved more than a dozen witnesses at a dinner party, one of which was the politician Prof.

Richard Powell later elected to the state legislature who saw Betsy struck as if by a large hand and blown clear across the dining room. Word of the Bell Witch was beginning to grow.

Events of this magnitude continued on without any positive effect from the Reverend’s attempts at exorcism of the Bell Witch, until the day that Mr. Bell died. A vial of poison was found at his bedside at the time of his death. Some speculate that the Bell Witch had poisoned him, but others, knowing Mr. Bells love for his daughter, believed that he had admitted to the inevitable and taken his own life so that the Bell Witch might spare his daughter. 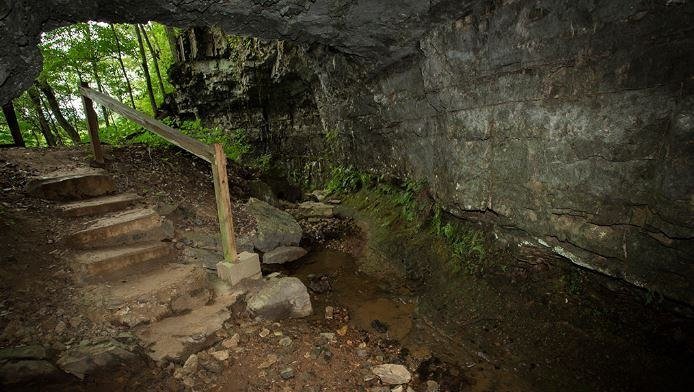 Regardless of the cause, the Bell Witch vanished, but left behind a single statement through the mouth of Betsy Bell: that in one hundred and seven years she would return to see that her land had been made empty. She stated that she would wait for this day in the nearby cave, which is to this day known as the Bell Witch Cave.

Unfortunately, that day came in 1935 and the lands were not yet cleared, although none of the Bell’s remained in the area. In the seventy seven years since, there have been over five hundred individual reports of sudden unexplained forces on the land and near the cave knocking people to the ground, and in some cases even dragging them in the direction of the cave.

The Bell Witch Cave and surrounding lands were admitted to the National Historical Registry by the United States Department of Interior in 2008, and tours are available through Historic Bell Witch Cave Inc., but children are only permitted with a signed waiver and consent by their parents.

Do you remember the scene near the end of The Blair Witch Project when she finds one of the male campers facing a corner, terrified, and unwilling to turn around? That has been known (albeit only on a handful of occasions) to happen to children in the area, the child’s only explanation being “the old thing told me to”.