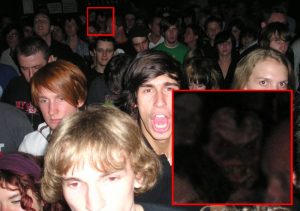 Crowd demons are anomalies that are very weird. While demons do not seem to be constrained or restricted by time and location, crowd demons appear to show up specifically in places inhabited by large groups of people, hence the term crowd in their name.

There are no concrete answers as to why crowd demons are attracted to crowds. Theories range from energy emanating from the particular location or attraction in the crowd to the photographer or bystander.

Standard appearances can make singular appearances on film, but crowd demons tend to appear in numbers. 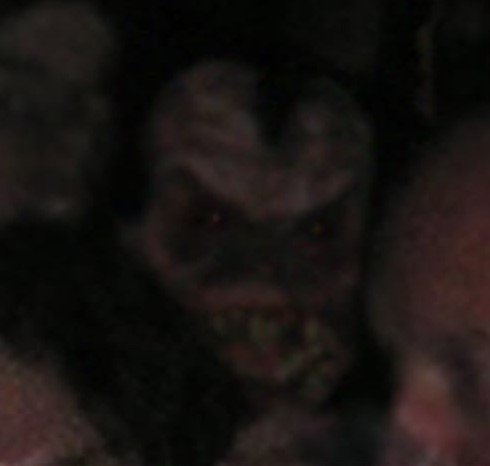 When they appear on film, crowd demons can take on different distorted forms, some of which are almost unrecognizable to the human eye.

One picture (shown above), shows what looks like a reptile shaped head biting down on the person standing next to it, while in the same picture, a darkened outline of a person sits among the onlookers, conspicuously standing out from the live members of the audience.

Next to this figure, there seems to be a distorted face looking back at the camera. Perhaps these spirits arrive in numbers and among throngs of people because they are desperate to get noticed?