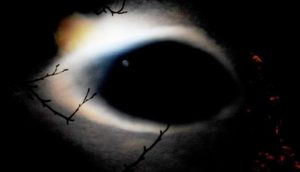 On March 25, all the inhabitants of Montreal experienced a real shock – first there was a powerful flash of light in the sky, and the flash was followed by a crushing sonic boom, then another, and a third, very long, which shook houses and threw people out of bed.

The sounds of explosions (rumble) and light phenomena were reported by the residents mainly on the western side of the island.

“We cannot explain what happened in terms of meteorological phenomena. Yes, around that time, a thunderstorm front was approaching from the west to Montreal, but the sound had nothing to do with a thunderstorm or a lightning strike … These sounds were really loud and powerful,” said Simon Lego, a meteorologist from Environment Canada.

So far, no one can say what it was and what the true nature of what happened.

Two large UFOs stalked a US aircraft carrier in October 2021