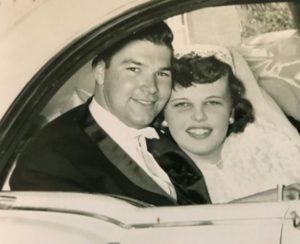 The first date Jack and Harriet Morrison took place in 1955, right on Halloween day. Since that day, the residents of Oakville (Missouri) have never parted.

86-year-old Jack, who lived in a happy marriage for 65 years, passed away first, and behind him – 83-year-old Harriet. Relatives shared with reporters that every day a man got up earlier than his wife to cook her breakfast.

Jack could spend hours waiting for his beloved from a dry cleaning service, a hairdresser or shops. Family little saw the couple separately. The family almost did not see them separately.

About a year ago, a woman with dementia stumbled while walking a dog and broke her pelvis. She was forced to move to a nursing home with a rehabilitation center.

Jack in September last year also fell. After that he needed a wheelchair. The man also moved to a nursing home, where his beloved woman was.

Jack passed away on Saturday at 15:34, and his wife at 23:53. It is sad to realize this, however, on the other hand, the couple are back together, said niece of the Morrison.

A fish with human-like mouth sets social media on fire