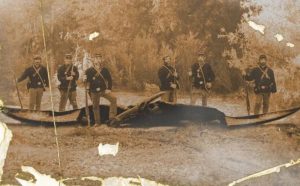 If dinosaurs did still exist today one might imagine they were of the swamp dwelling sort, tucked away in the Putamayo rain forest far from sight. This is not the case. The Pterosaur is a 65 million year old species of reptilian bird with a wingspan of up to twenty feet that can crow loud enough to be heard from a mile below.

It can descend at almost seventy miles per hour and can crush bones with a single chomp from its beak. These are Thunderbirds…

The Kwakwaka’wakw tribe of Western Canada were all too familiar with the Thunderbird, they are the top carving of most totem poles and are regarded as great spirits of the sky.

The History of Giant Bird Cryptozoology

When European settlers pushed into the West in the 1880s, it was the Kwakwaka’wakw that taught them how to live in a land ruled by giant predatorial reptiles in the sky. Buried away in the antique log books of the first expeditions are numerous mentions of the strange creatures that inhabited the land and were a constant threat.

But it wasn’t just Canada that was home to the thunderbird, in 1890 two brothers in Arizona shot and killed a large creature that had been terrorizing their ranch. It was described by the brothers and the towns people who witnessed the carcass as having smooth skin, featherless wings like that of a bat and a face resembling an alligator’s. Before dragging the Pterosaur carcass into town and fixing it wings outstretched across the side of a barn they and their neighbours photographed it.

On another and more mysterious occasion a group of civil war soldiers shot and killed a bird fitting the description of the Thunderbird or Pterosaur. They too photographed it. However, despite the lack of a solid explanation for both photos’ origins it’s important to note that the authenticity of both are heavily debated, is this any surprise?

In other regions around the world the Thunderbird or Pterosaur go by many names but similar descriptions. In Western Zambia and the surrounding regions the locals warn of a bird called Kongamato, which means “breaker of boats”. It’s said to fly at such great heights that despite its massive size it is often not seen until it’s too late.

In 1956 an engineer named J.P.F. Brown reported seeing two airborne creatures near Fort Rosebery in Zambia that seemed prehistoric. He described them as having massive wingspans, long tails, and narrow heads. The report was followed by a patient at Fort Rosebery hospital, who upon being admitted stated that his large wound was the result of being attacked by a creature that looked like a Pterosaur.

In Papua New Guinea they believe whole-heartedly in a creature called the Ropen. It is described as a large nocturnal creature that glows briefly as it flies. Those familiar with the Thunderbird cryptid have pointed out that the reptilian skin of a Pterosaur would no doubt reflect moonlight. As with many other pterosaur based cryptids the Ropen is said to feed on fish and large mammals near waterways.

Could There Still Be Dinosaurs Alive Today?

In medieval Europe the Pterosaur seems to have had a period of unusual notoriety as a creature known as a Roc made its way into numerous paintings, tapestries, and local legends. The depictions of these creatures matched the Pterosaur almost perfectly.

Pterosaurs were the earliest vertebrates to have evolved the ability to fly that we know of. Their wings are a membrane of skin, muscle, and other tissues which stretch from the ankles to a long talon like fourth finger at the outer tip of the wing. 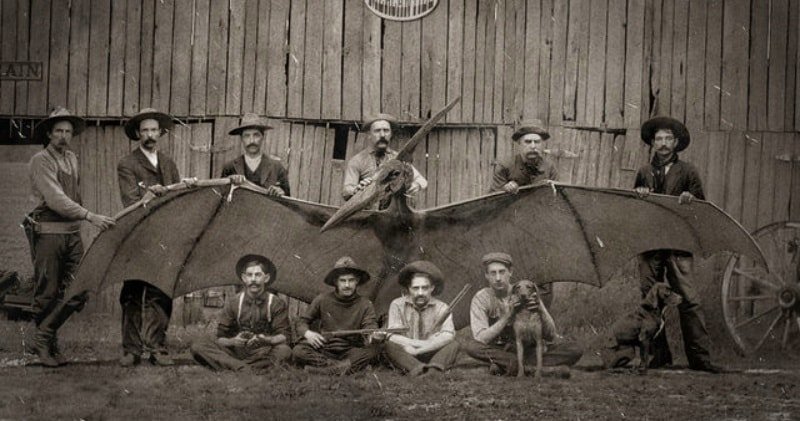 Palaeontologists have determined that the Pterosaur was primarily a nocturnal marine bird that would only venture above land when food in the water was scarce. This might explain both why they are not more commonly seen and why Pterosaur bones are not showing up more often.

The Pterosaur was not discovered by palaeontologists until 1784, and even then understanding of the creature was minimal at best. In 1830 few scientists began to speculate that it was a seafaring bird, but this theory was not given legitimacy for another eighty years.

Despite that, discovery and understanding of the creature is a relatively modern science, cultures around the world have been describing its behaviour and physical attributes for thousands of years. The only question remaining is: are there any left?

The Beast of Bodmin

Kraken – Cryptid of the Sea or Real Animal?