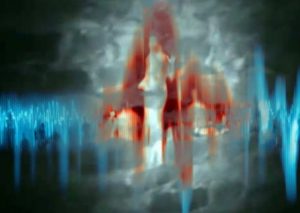 Electronic voice phenomena, human voices caught on audio that were not present at time of recording, provides compelling evidence for the existence of ghosts.

In the 1920s, Thomas Edison attempted to create a machine that would allow him to contact the dead. He was never able to succeed at building this machine but remained a believer in the existence of ghosts and the supernatural. Edison’s attempts were the first of many throughout the twentieth century to make contact with the other side.

The Father of Electronic Voice Phenomena

Friedrich Juergenson, a Swedish film producer, inadvertently captured a disembodied voice on audio while recording bird songs. While playing the tapes back, he could discern a female voice saying, “Friedrich, you are being watched.

Friedel, my little Friedel, can you hear me?” He recognized the voice as belonging to his mother.

Juergenson recorded hundreds of EVPs during his lifetime. He wrote two books on the subject including Voice From the Universe and Radio Contact With the Dead.

How to Get Your Own EVP

While results are not guaranteed, the art of EVP is quite easy. All you need is a simple recording device. In fact, many paranormal investigators prefer simpler recording devices over the more elaborate and expensive ones.

The more complicated recording devices have features that will automatically filter out static and background noise and that allows the device to possibly filter out the disembodied voices as well.

You can investigate your own home if you dare. If you venture elsewhere, always obtain permission to investigate a location. Begin your recording by announcing the date, time and location.

You can either walk the location quietly or talk and ask questions, allowing time for responses. A mixture of both techniques is best. Sometimes the voices captured seem to be direct responses to questions or comments made by investigators while other voices sound obvious to any living presence.

When playing back your audio recording, take note of the counter number if you think you hear something. You’ll be able to refer to that exact spot on the tape when you go back to listen again.

If you do hear something, you need to first rule out radio transmissions, real human voices, etc. It will also help you decide whether or not the recording is an EVP when you figure out what a voice is saying. Many times investigators do not know what words are being spoken while others times the words are very clear.

Once you believe you have an EVP you can classify the recording.

Obviously, the theory exists that EVPs are none other than the voices of the dead, captured on audio but not heard at the time of recording. Other theories include:

No one can answer 100% where these voices come from. Research is still ongoing, and perhaps soon we will know something more.

You’ve had an Out-of-Body experience, But what kind?

The Most Haunted Road in the U.S.: Ghosts of Varina Parkway