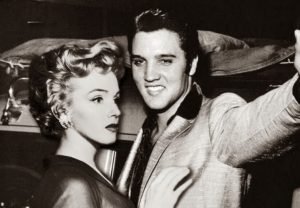 Elvis has left the world, ladies and gentlemen. Yet his ghost and that of Marilyn Monroe have been seen in more than a dozen places over the years.

Marilyn made her last film, The Misfits, in Reno, and is rumored to still be lingering there on the top floor of Reno’s defunct Mapes Hotel. Even though she was going through the pain of marital discord at the time, Marilyn seemed to enjoy her stay in Reno.

Who knows, she may long for all the attention and adulation she received when she stayed there in the hotel all those years ago.

She was somewhat shy. Nonetheless, Marilyn was well liked by her Hollywood friends and often partied with the famed “rat pack” at the Cal-Neva Lodge in nearby Lake Tahoe. It was the one place she could truly get away from it all.

After Marilyn was fired from the film, Something’s Got to Give, she fled to Lake Tahoe in an effort to run from her troubles with studio bosses, sleeping pills and unfaithful lovers. 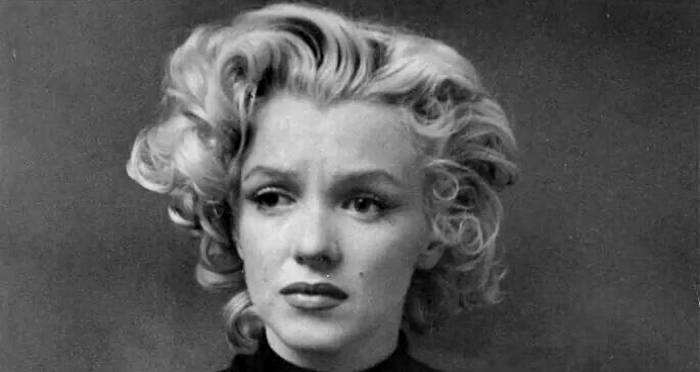 There, she spent what would be her last days on earth relaxing poolside at the Cal-Neva Lodge. It’s said that her ghost still appears there from time to time, happily swimming in the pool.

But Marilyn loves the glamour of Hollywood too much to ever abandon it completely. So she hangs around the home in Brentwood where she met her untimely death. Perhaps she’s hoping to quell all the rumors and unanswered questions concerning her death.

Whenever she chooses to speak to anyone, Marilyn insists it was all a tragic accident. And she ought to know, after all.

Apparently, she’s just as fickle in death as she was in life. Her apparition is also said to make regular appearances as a reflection in a mirror at the Hollywood Roosevelt Hotel.

Occasionally a fan that has visited the cemetery where Marilyn is buried claims to have seen her lovely apparition close to her mausoleum at the Westwood Memorial Cemetery in Westwood Village.

Las Vegas loves Elvis and it seems he returns that affection. Today the city has a population of over one million. Among those are hundreds of Elvis impersonators. But there was only one Elvis. And he was the King.

His ghost seems bound and determined that no one forgets that. And just to be certain, his smiling ghost makes an occasional appearance in some of the hotels where he appeared. 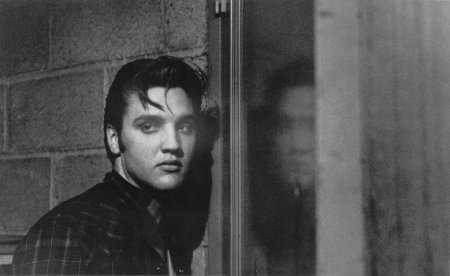 Naturally, he always appears in his sparkling white sequined jumpsuit. Would you take a scarf from his apparition? Some fans claim they have done just that.

Fame and glory are fine. But no one wants to be on the road all the time. In life Elvis had a special fondness for his home, Graceland, no matter where he roamed. Apparently he still does.

Each year over half a million people pay homage to the King by visiting Graceland. A few of them have caught glimpses of Elvis walking the grounds of his beloved home in the years since his death. Sometimes he walks with his mother, and other times he walks alone.

Elvis and Marilyn. Both stars left our world long before their time. Maybe it’s difficult for the famous to leave it all behind. This could be why they continue to haunt so many of their favorite places.

Then again, the two stars may feel that death is no excuse not to keep busy. Whatever their reasons, it seems that the ghosts of Elvis and Marilyn are going to be with us a while.