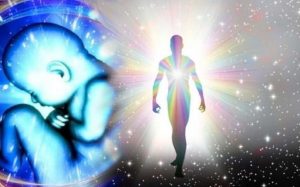 Is there life after death? What happens after death? How does the process of reincarnation work? Can people remember past lives? Learn the answers here.

Although many people have heard about life after death, not many people know the philosophy behind the process of reincarnation as reincarnationist beliefs continue to create controversies and misunderstandings. These explanations might enlighten those who are looking for some answers.

Is There Life After Death?

Different religions around the world believe that when a person dies, only the body is destroyed, but the identity, the memory and the real self remains intact.

This “real self” is called soul or spirit, and according to many religions, it is the part of every person that survives physical death and continues to live without the body. Many believe that it may take the shape that the body used to have, but it is made of a very subtle matter.

What Happens After Death?

Although each culture understands the afterlife in a different way, many reincarnationist traditions share similar concepts regarding the process of dying. In general, it is said that when a person dies, the spirit is attracted to a place that matches his or her vibration.

Reincarnationist traditions believe that the purpose of every living being is to evolve continuously and become better, learn the principles of love, compassion, kindness, justice, loyalty, etc. It is said that only one life is not enough for people to learn all those lessons, so many incarnations are necessary in order to accomplish this task.

Ancient philosophies stated that universe (or nature, or God) would not be fair if there was only one chance to live, as some children die so young even before they could learn anything.

Others were born under such adverse circumstances such as extreme poverty that it would be difficult to judge their behaviors when comparing to others that have always had everything in life.

Why would things be so easy to some and so difficult to others if people had only one chance to live? For ancient philosophers, nature in its intelligence, provides equal opportunities for everybody in many different incarnations.

How Does the Reincarnation Process Work?

It’s believed that a person is always born in a place and in a family that enables him or her to learn a specific lesson that still hasn’t been learned. The system is designed in a manner that’s conducive to evolution.

If a person in a previous life was very rich but did not know how to deal with money, always spending more that he or she had or taking advantage of a privileged position in society, he or she will need to learn how to be correct despite the amount of money he or she may have, so he or she will be born under circumstances that allow this lesson to be learned.

Maybe he or she will be born in a poor family to learn how to value money, etc.

Some people misunderstand reincarnationist concepts believing that reincarnation exists to punish people for their past mistakes, but this is an erroneous theory as many people do not need to suffer in order to learn a lesson, it will always depend on how much one will use the opportunity that was given to him or her to grow. Difficulties and pain are created by one’s own choices.

What Religions Believe in Reincarnation?

Eastern religions have been reincarnationists for millenniums. The sacred books of Hindus, Jains and Buddhists, such as The Mahabharata, are filled with explanations about reincarnation. In the west, Egyptians believed in reincarnation as well as the Greeks and many other peoples that were later dominated by Rome.

Plato’s philosophy also made reference to reincarnation and life after death. The school of thought known as Spiritism, which was born in France some 150 years ago, brought this knowledge back to the west.

Some scholars argue that the Bible itself was reincarnationist in its origin, but the concept of reincarnation was taken away from the Bible in the Council of Constantinople in the middle ages, due to political purposes.

Can People Remember Past Lives?

According to some belief systems, past life memories are stored in the unconscious mind. And while generally, while most believe that people should focus on the present life, it’s thought that accessing past memories can bring insight to the current incarnation.

Some people seek to recall past lives in an effort to understand why they are going through some difficulties in the actual life. In the past, in some cultures, past lives’ memories were accessed through meditation and specific exercises.

What is Past Life Regression?

The Seven Major Chakras of the Human Body