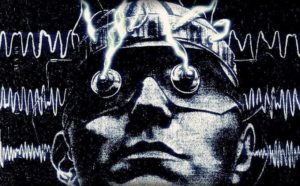 LSD, lysergic acid diethylamide, a synthetic drug is a hallucinogen that produces delusions and hallucinations that distort people’s sense of time and identity.

It creates flashbacks, sometimes fatal, for some people. The drug came into popularity in the mid 1960s. The MK-Ultra CIA operatives slipped LSD into their subjects’ drinks without informing most of them.

In April 1953, CIA Director Allen Dulles authorized the operation because there were concerns about communists using substances for brainwashing POWs during the Korean Conflict.

The agency used taxpayers’ money to finance the project. It had expectations that LSD or a similar drug could be used to manipulate people by putting them into an ASC for “mind kontrol.” Some agents speculated that hallucinogens could act as a truth serum.

Five years after the operation started, a CIA auditor wrote that precautions must be taken to protect the project from detection by enemies and to hide it from the US public because there would be serious repercussions in diplomatic and political circles if it was known that the CIA was involved in unethical and illegal actions.

The agency was searching for weapons that would give the US the advantage in situations involving psychological warfare, which has its roots in Korean brainwashing.

Most prominent were the CIA’s LSD experiments. The agency also investigated other parapsychological phenomena, receptive ESP, including hypnosis, telepathy, precognition – knowledge of the future and remote viewing, the ability to gather information about a distant, sometimes hidden, target using extrasensory perception.

Dowsing was used by the military during WW II and the Viet Nam War to locate underground mines.

Hundreds of participants, including CIA agents, members of the military, private citizens, prisoners, government employees, prostitutes and psychiatric patients were given LSD.

Experiments often involved psychological torture. Some victims committed suicide or were confined in psychiatric facilities caused by the experiments.

LSD was slipped into deputy U.S. marshal Wayne Ritchie’s drink of bourbon and soda. He had a bad LSD trip that culminated in his holding up the bar at gunpoint. Ritchie was fired and only decades later, in 1999, learned he had been the subject of secret drug testing. He was one of many test subjects

The CIA built and operated brothels that had rooms with two-way mirrors to allow the experimenters to observe the drug’s effects on people they slipped the substance to.

Seven informed volunteers were given LSD for seventy-seven days in a row in a Kentucky experiment.

A Casualty of MK-Ultra

On November 19, 1953, Army scientist and germ warfare specialist Frank Olson, who was working on the project, was given a drink laced with LSD, without his knowledge.

After spending eight days in what many witnesses described as a paranoid state, he jumped through his ten story hotel room window in New York and fell to his death.

The CIA covered up its role in Olson’s death. Twenty-two years later, his family learned about the events leading up to his demise. The government, via a special act of Congress, gave them $750,000 and President Ford and CIA director William Colby issued a public apology.

It’s said that the CIA branch known as the Office of Scientific Intelligence, disbanded in 1963, was primarily involved in these experiments.

When these experiments became public knowledge in the mid 1970s, there was enormous outrage. Although the CIA intentionally destroyed most of the records in 1972, there are indications that the experiments continued into the 1970s and, perhaps later.

When the CIA’s LSD experiments became public knowledge in the mid 1970s, the agency faced intense criticism. A Senate Committee stated that the CIA’s leadership failed to respect individuals’ rights by not informing subjects about the experiments and obtaining their consent to participate.

The agency knew that the experiments were dangerous, but they ignored this and subjects’ lives were jeopardized. The experiments continued, although it was evident that federal laws were being violated.

There is no evidence that a LSD-induced ASC makes a person subject to mind control. It, also, appears that other parapsychological methods to accomplish this goal are ineffective.

It’s said that the participants in the LSD experiments suffered psychological damage. Some researchers counseled a former US Army officers, with psychiatric disabilities, who had the same experience as the subjects did, as well as psychiatric problems – in the late 1990s.

One soldier reported that, when he was in the Army during the Viet Nam War, hitchhiking home from Washington DC, two men in a car offered him a ride, which he accepted.

They gave him a soda. After he drank it, he felt disoriented, then blacked out. He remembered being dropped of by his home and feeling strange and, again, disoriented. He developed life long psychological disorders from the incident that happened over thirty years ago.

It is interesting that the government conducted secret experiments even after everyone knew about them. What if the day you fell ill or heard sounds or voices in your head was another secret government experiment?

Vampires are born, not made, experts say