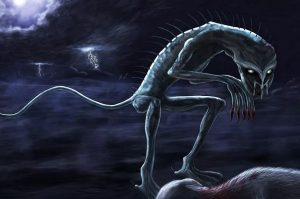 About 70-80 years ago, people first started talking about the chupacabra. Initially, its range was limited to the countries of North America. There, farmers complained of mysterious killings of livestock.

All the blood was drained from the bodies through tiny holes in the neck. In addition, internal organs and bones were damaged. In 1966, Mexican farmer Alvaro Juan Marino personally saw a creature that attacked a goat.

It was a large black dog with thick hair and unnaturally long legs with glowing scarlet eyes. Chupacabra somehow influenced the animal so that it did not resist. Perhaps hypnosis? After that, a bite was made in the neck area. A few minutes later, the black creature took off running.

There was an assumption that this creature is of extraterrestrial origin and uses the tactics of spiders. Injects an unknown substance that instantly destroys organs and then sucks them out.

However, these conjectures were rejected by representatives of academic science, arguing that this simply cannot be. Many more versions followed. And about mutants who escaped from the laboratories, and about creatures from other worlds, and about creatures that got out of the depths of the earth.

The most unusual thing in this story is the speed of distribution and expansion of the Chupacabra’s range. In ten years, it settled in South America, Europe, Asia, Australia and Africa.

On all continents, strange bloodless animals began to be found. Moreover, both wild and domesticated. There are several cases of Chupacabra attacks on people, but for the purpose of self-defense.

In 1985, traces of the Chupacabra were first noticed on the territory of the USSR. Rabbits in the Ukrainian SSR and BSSR suffered. And then, every year, rumors about a creature sucking blood from domestic animals spread to the Caucasus, the Urals, Bashkortostan, Tatarstan, Buryatia, Yakutia, Mordovia and a number of other regions.

The Chupacabra has been seen in Mongolia, Kazakhstan, Kyrgyzstan, Uzbekistan, India, Vietnam, China and Japan. That is, this phenomenon is not a mystery only of America.

What other animal is capable of settling in different parts of the world in such a short time, when its population is extremely small, because it turned out to be very difficult to catch the Chupacabra?

The creature can’t stand people and avoids meeting them in every possible way. This suggests that the blood-sucking creature is very smart. It’s not a dog, but something much smarter. But where did such an unusual animal actually come from?

The version with genetic experiments is very relevant, especially considering that the distribution of the Chupacabra began in Mexico. It’s no secret that people love to mess around with laboratories. However, researchers doubt that people could create such an unusual hybrid.

It is one thing to cross plants, which geneticists excel at, and quite another to get a completely new kind of animal from several others. 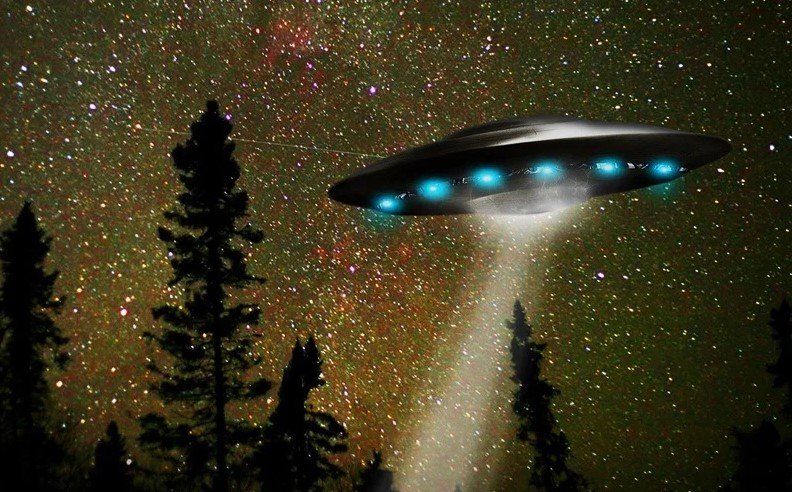 In 2021, in Bolivia, several dozen local residents at once watched three luminous cigar-shaped UFOs. Not far from the city of Santa Cruz, the Bolivians witnessed an important phenomenon from the point of view of studying the Chupacabra.

One of the unidentified objects hovered at a height of 1.5-2 meters above the ground. An oval window opened at the bottom of the ship, and lilac-silvery light poured out. The next moment, people saw three black creatures that were running away from the UFO towards the forest-steppe.

Among the eyewitnesses of the mysterious events was a local researcher, Juan Bosseri. He wrote the following about what he saw: “It would be hard for me to believe it if I had not been there.

“A glowing cigar-shaped UFO, one of three hovering in the sky, maneuvered what we thought was a landing. But, he stopped a couple of meters above the ground. Then a hatch opened and three large black dog-like animals were released in its light.

“Now I know for sure that extraterrestrial intelligence not only exists, it also cohabits with us. Perhaps this is how aliens walk their pets.”

The Chupacabra phenomenon has been studied by dozens of enthusiasts and scientists. However, being habits and overly intelligent behavior do not allow to collect a large amount of information.

The events of 2021 in Bolivia lift the veil of mystery over the origin of the Chupacabra.

The well-known cryptozoologist Richard Freeman believes that what happened in South America does not prove the extraterrestrial origin of the blood-sucking creature. This only indicates that the Chupacabra may be an artificially created organism of representatives of another civilization and terrestrial animals could be taken as a basis.

US Air Force Scientist: “Giant alien ships enter our world through the portal”