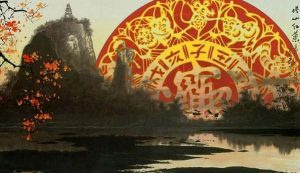 Trying to relate a person’s attributes or personality to an easily predictable system such as the steady movement of the stars and planets is a very ancient technique that humans have been trying to figure out for ages.

The concept of the Western zodiac breaks the year down into twelve segments with a “sign” or “house” that applies to the end of one modern month which flows into the beginning of the next modern month. A person’s birth in each of these portions of the year is supposed to instinctively and naturally apply certain characteristics to their spirit according to the zodiac.

Contrary to the Greek system though, ancient Chinese traditions came up with their own twelve segmented “zodiac” to assign traits to individuals. However, the Chinese zodiac is based on a cycle of years rather than the months of a year and each year is specifically assigned an animal representative while the Greek system has several humans and symbolic houses.

The Chinese zodiac has no relation or correspondence to the movement of the Earth around the solar system or any nighttime constellations either, being based solely on the cycle of years. Here is a breakdown of the Chinese zodiac and how the year of birth can determine personality traits according to this ancient tradition.

To help you figure out your Chinese zodiac animal, the following list is in order and to help you situate yourself in the cycle know that 1984 was the year of the Rat, 1985 was Ox, etc. 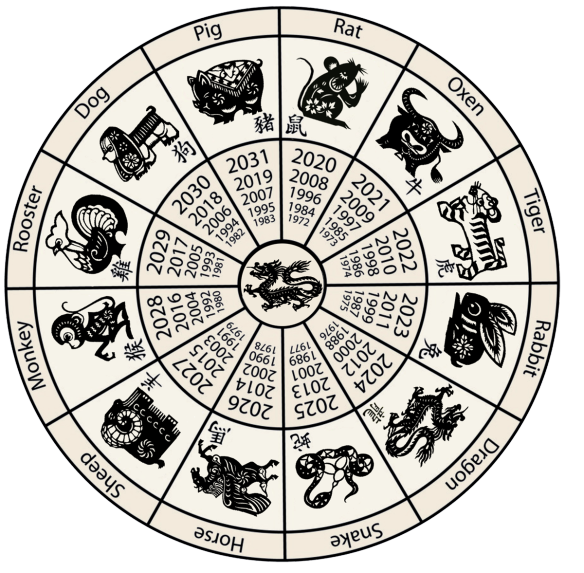 Unlike the common Western belief that rats are evil, filthy creatures, ancient Chinese tradition holds that rats are their own special type of animal—even if they can be devious or scheming at times. This animal is revered enough to be the beginning of the Chinese zodiac system.

People born during a year that is presided over by the rat have some very positive personality traits including being tenacious, charismatic, hardworking, sociable, artistic, meticulous, and intense but still shrewd. Some of the negative traits associated with this sign though are the potential to be vindictive, manipulative, critical, overambitious, ruthless, and intolerant.

Being a steady and strong animal that is vital to most farming societies (at least until the advent of mechanical farming), the ox holds a special place in the ancient Chinese zodiac.

Positive characteristics of those born in an ox year are that these people tend to be dependable, patient, hardworking, logical, resolute, and methodical. However, the negatives of individuals under the ox sign mean that they can be narrow minded, stubborn, demanding, and rigid.

One of the most majestic and regal felines in the world is most certainly the tiger. While wild tigers that roam the thick jungles of Asia can be quite scary and intimidating, their raw animalistic power is undeniable and clearly something to be admired.

On the plus side, people born in a year ruled by the tiger tend to be powerful, passionate, affectionate, generous, stimulating, sincere, and daring. Negative traits can include impatience, restlessness, aggressiveness, recklessness, being quick tempered, and moodiness.

Rabbits have a weird dichotomy in Western civilization of being either just something cute and cuddly or fast but unfocused like in the Tortoise and the Hare fable. Other than being a lucky charm, the Chinese zodiac generally veers away from the views of European cultures when it comes to rabbits.

People born in a year of the rabbit are commonly the best individuals to have as friends as they are very compassionate, tender, and amiable. Rabbit ruled beings also tend to be shy, flexible, reserved, sensitive, astute, and self assured. Yet, they can be a bit opportunistic, detached, superficial, and self indulgent.

Even though the modern world does not acknowledge the existence of the mythical lizards called dragons, Chinese belief systems focused a great deal on the perceived qualities of these imagined creatures.

Since dragons were considered to be key to the ancient Chinese and the top animal around, people born in a dragon year absorb qualities of stateliness like nobility and magnanimity. They also are fiery, passionate, decisive, eccentric, and pioneering. Negatives associated with this sign though are the tendency to be impetuous, tyrannical, arrogant, and tactless.

Western culture has been strongly influenced by Hebrew traditions because of its link to Christianity, meaning that those societies have an inherent hatred of all serpents because of the role played by a snake in the Adam and Eve stories. Chinese culture has a different view of snakes.

Those born in a year under the snake sign have positive traits of being wise, mystic, creative, responsible, and deep thinkers. However, they also can be bad communicators, cold, possessive, distrustful, and hedonistic.

The beautiful, majestic horse is vital to many aspects of society until the advent of the automobile. The Chinese zodiac sign of the horse reflects this reverence in the positive aspects of people born in one of those years—such as cheerful, perceptive, popular, mentally and physically agile, quick witted, and talkative.

Individuals of this sign can be childish, rude, fickle, and anxious though as the Chinese zodiac partially links the attributes of both wild and tamed horses.

Sheep (also can be Goat or Ram)

Since the ancient Chinese characters for sheep can also mean goat or ram as the civilization did not make much difference between the animals, this particular sign can be called any of the three based on a personal preference if you have one.

Someone born in a sheep year generally possesses the positive traits of being sympathetic, mothering, understanding, peaceful, and gentle. Possible negative characteristics of these individuals can make them worriers, overprotective, pessimistic, indecisive, or a complainer.

Even though monkeys are not found in Europe, contact with these creatures once those societies sent forth explorers to Asia and Africa quickly made even those people fond of our animal cousins. The ancient Chinese had long figured out the link between these creatures and humans by living so close to them.

Positive features of people born under the monkey sign show this perceived link to the good side of humans with characteristics like being inquisitive, innovative, intellectual, sociable, problem solvers, motivators, and inventors. The negative traits of this sign also link to many human like negatives—being vain, egotistical, manipulative, snobbish, deceptive, and cunning.

Even though most farms only had one rooster as compared to several chickens, the presence of at least one of this kind of animal in the everyday life of the ancient Chinese farmers allowed them to closely study the personality of them to truly understand how a human born under the rooster sign might act.

Good aspects of people born in a rooster year are that they are zealous, alert, practical, responsible, decisive, organized, and neat. However, they can also be over critical, opinionated, and puritanical.

Man’s best friend is considered to be the dog, and the Chinese zodiac reflects that too. People who were born in a year assigned to the dog have positive attributes like being honest, loyal, amicable, open minded, idealistic, affectionate, and easy going. The other side of the coin gives these individuals possible traits of being lazy, cynical, quarrelsome, and judgmental.

Many have a habit of avoiding pigs (or boars) because they associate them with messy pig sties full of mud. The Chinese zodiac takes a different look on this creature though.

Those who are born in a year that is linked to the sign of the pig tend to be gallant, patient, sturdy, trusting, calm, and thoughtful. Negative traits of this sign can include things like being naive, gullible, or materialistic though.