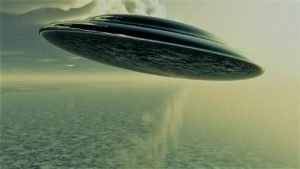 By the end of the month, the Pentagon promises to declassify data on the facts of encounters with unidentified flying objects (UFOs), reports The Independent and futurism.com.

Earthly science does not know much about the nature and physical processes in the world to explain this phenomenon in the atmosphere or mysterious marks on radar screens.

China also notes the increased activity of UFOs, which are going to be determined using AI.

According to the report, the PLA considers the mysterious airborne objects as “unidentified air conditions” – a phrase which echoes the US military’s “unidentified aerial phenomena” – but to the public they are better known as UFOs.

Chen states that human analysts have been overwhelmed in recent years by the rapidly mounting sighting reports from a wide range of military and civilian sources across the country.

Li said that AI can “think outside the box” by connecting seemingly disparate pieces of data sets from various locations and times. Doing so can help the PLA more quickly and concretely assess whether the UFOs are craft from hostile countries, a natural occurrence, or even something otherworldly.

The only time when China has officially confirmed a UFO sighting was in 1998, when two military jets had to intercept a low-flying object that looked like a “short-legged mushroom” with two beams of lights from its centre; when approached, the object increased speed until it reached over 20,000 metres before disappearing in a “ghostlike” manner.

While China is investigating possible extra-terrestrial crafts, the United States is also set to release a report into its own examination of strange objects spotted by Navy pilots.