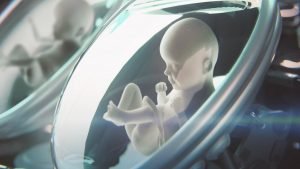 Researchers in China have developed an artificial intelligence robotic system to care for embryos in an artificial womb. According to The Independent, the robot nanny is already raising several fetuses, but not people, but so far only animals.

The researchers, who published their results in the Journal of Biomedical Engineering, said they intend to develop a technology that could allow parents to grow a baby in the lab, freeing women from pregnancy.

The scientists said the robot intends to “optimize and improve the embryo culture system” and added that they want to create an “online monitoring system” designed for “long-term embryo culture.”

According to research, the system also allows embryos to grow more efficiently than in a natural womb.

In 2019, associate professor of law Nira Bhatia and bioethicist Evi Kendal wrote in an article for The Conversation that artificial wombs could help premature babies survive.

They wrote: “At present, those born before 22 weeks of gestation have little or no hope of survival. And those born at 23 weeks are likely to suffer from a range of health conditions.”

“Using a sealed ‘bio-tank’ that mimics a mother’s womb could help premature babies survive and improve their quality of life.”

They also recalled an experiment in which a group of neonatologists in 2017 successfully reared lambs in an artificial womb for four weeks.

Previous attempts to grow embryos have been successful, but only for a few hours. However, doctors at the Children’s Hospital of Philadelphia could support a lamb fetus for 28 days.

The system used to support the fetuses of a lamb looked like a huge zippered bag filled with amniotic fluid.

Center for Fetal Research director Alan Flake told the Huffington Post: “If our system is as successful as we expect, eventually the majority of pregnancies predicted to be at risk of extreme prematurity will be delivered to a system that keeps them submerged without the use of a ventilator”.