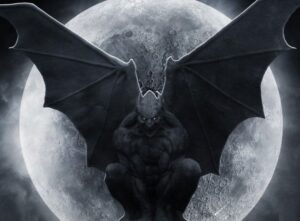 In the dark and moody jungles of South America, predators hungry for flesh are rarely seen but often feared, for countless strange beasts are often witnessed and dreaded.

Rumors and myths, legends transcending the generations of time. And it was here on one night in 2004 when one harrowing encounter with a mysterious beast rocked a small family.

In July of 2004, an army sub-officer with the “Cazadores” regiment named Carlos Abett de la Torre, his wife Teresa, their three children and a nephew at approximately 7:00 pm departed from their quarters in Fuerte Baquedano, which is located in the military community of Pozo Almonte, Chile, heading toward Arica to visit some relatives.

About two hours into their journey, Carlos was cruising at about 65-miles per hour through the Pampa Acha approximately 20-miles south of Arica.

The road ahead was illuminated not only by the pick-up’s headlamps, but the bright moon that hovered above them in the cloudless sky. That was when Carlos’ eldest daughter, Carmen, noticed a pair of extraordinary entities through the back window of the vehicle.

According to Carmen, she was astounded to see two creatures leisurely “floating” in the skies above. In her own words:

“I was traveling in the backseat with my brothers, talking, and suddenly everything went dark. Then I told my brother what I was seeing and he told me to keep quiet, because Mom gets nervous.

“Later I looked through the window and saw some things that looked like birds, with dogs’ heads and back swept wings. My father said they were like gargoyles.”

Carmen later estimated that the strange airborne critters that flew over her father’s pick-up truck were at least 6-feet in length and she admitted that at first she wasn’t sure if the creatures had wings or legs, but that the appendages were angled toward the rear of the creatures.

From her vantage point Teresa was afforded the best view of these anomalous animals, which the press would quote her as saying resembled “dog-faced kangaroos.”

She claimed that the “gargoyles” seemed to match the speed of the truck, occasionally slipping ahead, then falling back, never traveling more than 60-feet from the vehicle. 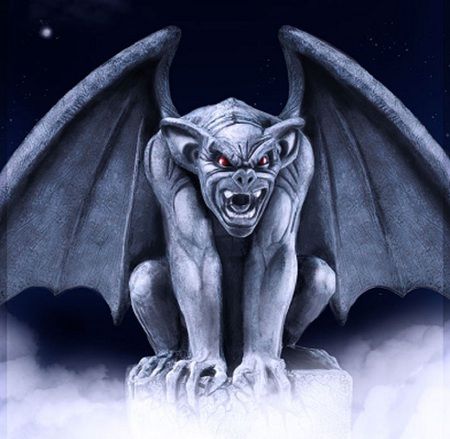 They rarely took their eyes off the gargoyles, completely in a panic they might be about to attack – Carlos started to pray, planting his foot on the accelerator along roads he really shouldn’t have been going that fast on.

“We were speechless for some 10 minutes,” said Carmen. “My mom told us to react and then we started discussing what we’d seen.” And then, as if things couldn’t get any more strange – TWO more showed up.

Just when the Torre family was growing accustomed to the flying fiends above, another pair of the same species leapt in front of the truck on strong hind legs, which were shorter than their upper legs.

Carlos SLAMMED his breaks on to avoid hitting the two land-based gargoyles, as, all the while, two more circled overhead.

Carlos managed to swerve around the gargoyles – he didn’t want to hang around so he made moves to pull away as quick as he could; down came the foot and off the truck zoomed, leaving behind the gargoyles. They did not give chase but credit to Carlos, whose face was a puddle of sweat, who managed to save his family from something horrifying…

When Torre family safely arrived in Arica they told their relatives about their bizarre sightings, but swore them to secrecy, concerned that the public ridicule which might follow the unveiling of their tale would somehow damage the military career of the family’s patriarch. He was the man of the house – he couldn’t allow himself to be humiliated.

As you can imagine, when it was time to head home, the entire family was extremely nervous. “We were terrified to go back,” said Teresa. Thankfully, on the trip home they did not see the gargoyles again.

The family stayed quiet until one day when sub-officer Diego Riquelme, a good friend of Carlos, approached him. He was shell-shocked. Why? You won’t believe me, Carlos, but last night… I saw a gargoyle…

According to tocontriveandjive.com a few weeks later, the duo came forward.

The press were ALL over it – the monsters of the Pan-American highway are on the loose! BEWARE! Sensationalist stories flowed and soon, the WORLD’S press were all over it – predictably, Carlos and Diego were ridiculed.

It was an ostrich, they said; it must be! They escaped from a local breeder. Obviously. The media ignored the fact that no ostriches had been reported missing. Oh… and that they can’t fly. But apart from that.

Surely nobody would confuse a gargoyle and an ostrich, right? But, when you have eliminated the impossible, whatever remains, however improbable, must be the truth.

So what is it? A six foot tall bird with a dog’s head and a body akin to a kangaroo? The family could have been tired or exposed to some weird jungle juice BUT Diego wasn’t tired. So what the hell are the Gargoyles of Chile?

According to Wikipedia, a French legend that sprang up around the name of St. Romanus (“Romain”) (AD 631–641), the former chancellor of the Merovingian king Clotaire II who was made bishop of Rouen, relates how he delivered the country around Rouen from a monster called Gargouille or Goji.

La Gargouille is said to have been the typical dragon with batlike wings, a long neck, and the ability to breathe fire from its mouth.

So, what or who is flying above the ground? Where does this come from and why are these creatures so rarely seen?