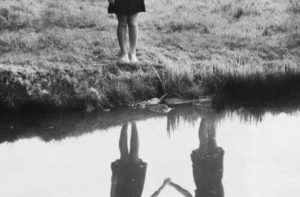 According to survival theory, a part of humans and animals survive the death of the physical body. Learn how to discover if the new pal is a ghost and how to deal with it

Children can have imaginary friends. University of Oregon researchers discovered 64% of children have an imaginary friend by the time they’re seven. Sometimes, the friends are actually apparitions, ghosts with intelligence.

Others may understand and express that the friend is just “pretend.” This depends on the child and her or his attachment to the friend.

Children tend to see ghosts more than adults do. It’s believed the reason is that they’re more open to believing that ghosts exist and they’re innocents who have no fear of things they don’t understand. Because apparitions have intelligence and can communicate, they appear to seek children.

Some children have spoken to a dead relative they’ve never met, but, when shown a picture, recognize the person. Others have said a recently deceased relative visited them.

Some adults shrug this off as imagination and coincidence; others believe the events happened.

Is the Child’s Friend a Ghost?

Imaginary friends are very similar to ghostly playmates. It’s up to caretakers to notice the differences, so they will be able to help children with their needs and answer questions.

According to theory, a child’s spirit may seek a living child as a companion because s/he feels comfortable with the chosen one. Children can describe the entity including mannerisms, attire and, in some cases, where they came from and/or how they died.

Sometimes they leave when a child gets older, finds other interests or the family moves. Sometimes they never leave, even if the child may or may not see them any longer. The entity may be described as:

How to Deal With a Child’s Ghostly Friend

Communicate with the child. Ask questions. A child’s ability to see and communicate with ghostly playmates indicates psychic abilities, which they may block, causing distress.

Some parents might feel it necessary to take their child to a mental health professional, hoping that whatever it is that afflicts their child can be fixed. It’s possible the child has a psychiatric disorder.

If they’re not suffering from a disorder, obviously, the playmate won’t disappear. As with spiritual emergence experiences, certain medications may temporarily stop the events, but once the meds are stopped, the phenomena return.

– Tell the child it’s just imagination. Adults don’t always see what other people and children do.
– Show fear. Something that’s harmless fun and friendship to children, could lead into fear, stress and nightmares for them.
– React with negative emotions because children might retreat into themselves and feel like they’re going “crazy.”

How one deals with ghostly friends depends on beliefs, knowledge and experiences. If the entity causes discomfort, there’s nothing wrong with telling her or him to leave. If a child’s ghostly playmates do no harm and they’re happy with their new friend, why not let it be?