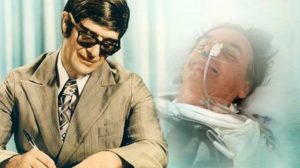 Born in 1910 in a small city in the southeast of Brazil, Chico Xavier became one of the most beloved mediums in the world.

When he died in 2002, at 92 years old, thousands of people gathered at the cemetery to say good-bye to the one who changed many lives through spiritual messages.

The messages came from his guide, a spirit called Emmanuel, who Xavier claimed to be the author of more than 400 books that he psychographed during his life.

Psychography is a kind of automatic writing in which the spirit dictates the words to the medium or takes over the medium’s body in order to write a message.

Although Xavier’s psychic abilities were questioned many times, Xavier impressed authorities all over the world by psychographing in different languages, providing full names and recognizable signatures of deceased people and even solving crimes.

Despite the attention he received from the media and from Spiritists, he never accepted money in exchange of his psychographies and all the profit from the many books he sold was immediately donated to charity, as he claimed that he was not the author of the books – the spiritual world was.

The Life of Chico Xavier

Xavier was born in a very poor and Catholic family. From a young age he listened to strange voices and even talked to his deceased mother, who visited him regularly.

As his family was very religious, his father believed the things he heard were demonic and made the young Chico believe that he was being influenced by the Devil.

However, the voices continued and soon he was performing healings in the city he lived. People gathered in his small house to be cured by Chico and to receive messages from beloved relatives that had passed away.

Xavier sat in the corner with pencil and paper and started to write letters and messages, providing signatures, ID numbers and details that only the families could know.

At the end of the sessions he would read the letters aloud, and someone in the room would stand up in tears, recognizing the facts he had described and the names he had provided. Sometimes he even wrote in different languages – Hebrew, French, German or whatever language the family spoke. 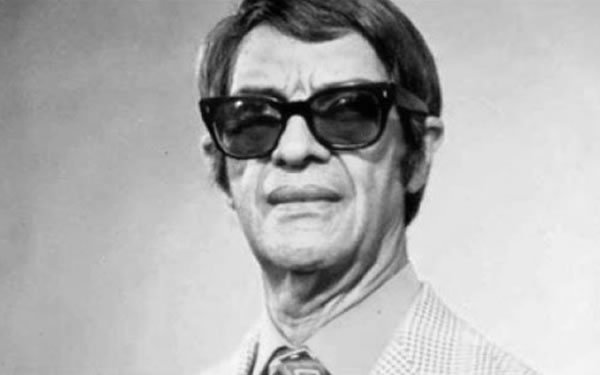 Spiritism – The Works of Chico Xavier and Emmanuel

Chico Xavier not only heard the voice of his spiritual guide — Emmanuel — but he could also see and touch him.

In his biography, it is said that at times he even argued with Emmanuel, as Emmanuel gave him the task of psychographing hundreds of books in a short period of time, what made Chico exhausted and ill – he developed problems in the eyes later as sometimes he would write an entire book in only one day.

Under Emmanuel’s guidance, Chico Xavier wrote books that later would become reference books for those that study Spiritism. Emmanuel’s books explain about the spiritual world, spiritual colonies, the afterlife, the mechanisms of mediumship, etc.

Not only he psychographed Emmanuel’s writings, he also psychographed unpublished poems from deceased Brazilian poets, such as Olavo Bilac and Augusto dos Anjos.

Such poems made the specialists in Brazilian literature completely speechless and no one ever dared to say the poems did not belong to those deceased authors.

Chico Xavier became one of the central figures of Spiritism in Brazil and the books he psychographed are read in virtually every Spiritist Center as learning tools.

In 1944 Journalists David Nasser and Jean Manzon made an unfriendly report of the Medium, which was published at “O Cruzeiro” Magazine.

The Reporters pretended to be foreigners using false names in order to test whether Chico was a fraud; Later when Nasser and Manzon arrived home after the interview, they were surprised, as reported by Nasser in an interview with TV Cultura in 1980:

“From dawn, the Manzon called me and said, ‘have you seen the book that Chico Xavier gave to us?’. I said no. ‘So you see,’ he said. I was in my library, I picked up the book and was written: ‘To my brother David Nasser, Emmanuel’. He had made a similar dedication for Manzon. For things like this, that I am very afraid to get involved in Spiritism issues.”

Xavier also helped solve some crimes by contacting the spirits of the dead victims and providing the information he received to the police.

It is a known fact that once a judge released a young man who was accused of murdering a colleague because Chico Xavier psychographed a message from the victim saying that the crime had been an accident and that the young man was not guilty.

A forensic graphologist compared signatures and assured that the signature belonged to the victim. The parents were so amazed by the accuracy of the details in the letter, that they immediately forgave the one who they believed was responsible for killing their son.

Chico Xavier remained a simple and poor man for his whole life, never accepting any kind of payment, always promoting charity and providing comfort for families who lost their beloved ones.