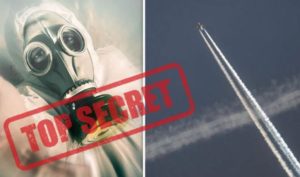 The Chemtrail Conspiracy Theory has been around Paranormal Circles for a while and many may wonder what it really is. The white trail that is left by many air planes is nothing out of the ordinary and is a sight that many have witnessed at least once in their lives.

The conspiracy theory that revolves around this seemingly innocuous trail is alarming: there are theories that suggest that these are not some common place contrails that are left due to the condensation of water but are indeed specific chemicals which are distributed in the locality via the chemtrails.

The world we live in today is far from simple. In the past there has been evidence to suggest that there have been many secret missions which have been funded by governments, military or secret organizations and theorists speculate that they tried out many chemicals on the public which were potentially harmful.

Many believe they also came up with many modern weapon techniques, some so disastrous and having such horrible results that they were never revealed to the public. 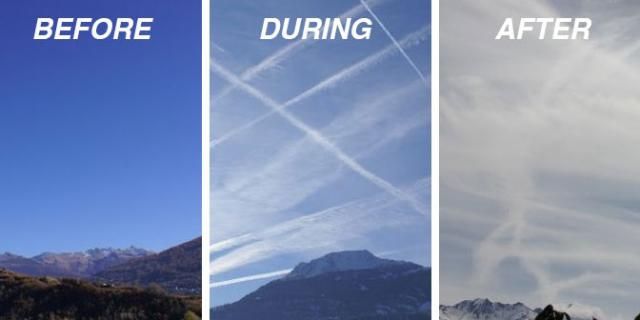 While there hasn’t been substantial proof to validate the theory, there are examples that the government may conduct such experiments. One notorious example is The Tuskegee Syphilis Experiment. The experiment was conducted between 1932 and 1972 to observe the progression of untreated syphilis.

A total of 600 individuals were observed in the study and none were told they had syphilis or received treatment. It’s little wonder that as we proceed to the 21st century, there are many people who claim that there may be activities taking place in where the common man may be an experimental mouse without even his knowing.

The same thing is suggested by those who believe in the Chemtrail Conspiracy Theory. The chemtrail simply stands for chemical trail that is left by the airplanes in the flight: its implications, however, are far from simple.

The theory suggests that this trail is used to disperse chemicals in certain areas and the people and living things of that particular area are checked for their response to the chemicals provided.

So what kind of chemicals can be sprayed? The list includes salts of elements like barium, aluminium, fibres such as polymer fibres and things like thorium and silicon carbide.

It is important to know that barium carbonate is a poisonous salt and that many chemicals can prove fatal. In these circumstances, even the hint that they could be used on general public and that too without any form of consent is enough to shake the basis of the society. 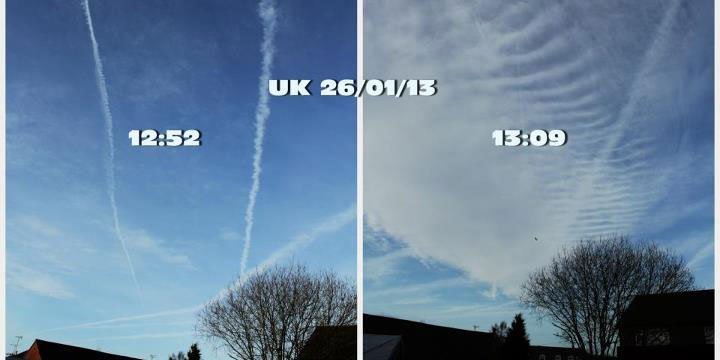 Chemtrail believers interpret the existence of cloud seeding programs and research into climate engineering as evidence for the conspiracy.

A 2014 review of 20 chemtrail websites found that believers appeal to science in some of their arguments, but do not believe what academic or government-employed scientists say; scientists and federal agencies have consistently denied that chemtrails exist, explaining the sky tracks are simply persistent contrails.

The review also found that believers generally hold that chemtrails are evidence of a global conspiracy; they allege various goals which include profit (for example, manipulating futures prices, or making people sick to benefit drug companies), population control, or weapons testing (use of weather as a weapon, or testing bioweapons).

One of these ideas is that clouds are being seeded with electrically conductive materials as part of a massive electromagnetic superweapons program based around the High Frequency Active Auroral Research Program (HAARP).

The complaint has been heard however, and many letters have been received by the official authorities, who as expected, have completely denied any link to such a conspiracy and have labeled it misguided speculation.

Even with the Canadian, American, and British authorities vehemently denying any link to such a heinous social crime, those who support or agree to the theory, protest that in many areas, adverse health effects have been witnessed by the people after the chemtrail.

They also go on to claim that governments might be unofficially trying to achieve goals such as chemically controlling the population or testing potentially dangerous chemicals.

There is no substantial evidence to suggest it is true, but an increasing number of people are getting suspicious about the trails. The matter is still far from being resolved.