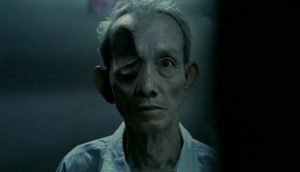 I grew up in a haunted house and still live there today in Pepperell Ma. My dad had bought a trailer and put in on the land… it used to be a junk car lot. He had made allot of additions to it so it was a big house when he was done.

My house was haunted by a old man whose name was Charlie. We found this out because one day when my parents were building our fireplace and my uncle went in to get something to drink he seen an old man in farmer jeans just standing there in front of the fire place with his arms crossed over his chest just shaking his head no…

My uncle was scared shitless and ran outside and then told us exactly what he looked like.

We told our friends next door and they had a picture of the guy and that used to live on our land. It was the same guy that my uncle seen and they told us that his name was Charlie Hartwell and that he had died in a fire.

We had the noise at night, you know banging and so on. The feeling of being watched. The tv and radio turning off and one day the saw down in the cellar turned on by itself when we were sitting together having supper.

My sister said she heard something in the cellar and my dad didn’t believe her at first then he went down there and it was on. The saw you have to pull the lever up to turn it on so it was really freaky.

Charlie didn’t like my dad who’s name was also Charlie. I think it was because my dad was mentally abusive to my mother and sometimes to us. He would hide his tools on him all the time and my dad would go out and buy more tools just to have the old ones show up again in the spot that he had first left them.

One time my sister and I heard the dogs barking so we looked outside and we seen the latch go up on the gate and then the gate opened and then closed and the latch went back down with no one there!

Another time I was going down the hallway to go to the bathroom and our dog wanted to get out of my sisters room because it was scratching at the door. I asked my sister if she wanted me to let her out and she said no because she was scared and wanted her in there.

Well she had a sliding door and right before my eyes the door slid open and the dog walked right on out! She yelled at me until I told her I didn’t do it! Then she made me stay with her because she was even more scared.

Another time she came running into my room because you know the charms if you light the candles under them it makes them turn, well she was in the living room and it started turning on it’s own and it went faster and faster and faster she said it was turning so fast she thought they would just fly off! I went out to take a look and they just started to slow down to a stop.

Another time the dogs were barking this was late at night and this was in the winter with new snow that had fallen. The next day my dad went out to see if there were any foot prints in the snow because the dogs were just going crazy the night before and all he found was one set of prints facing looking into our dinning room window! 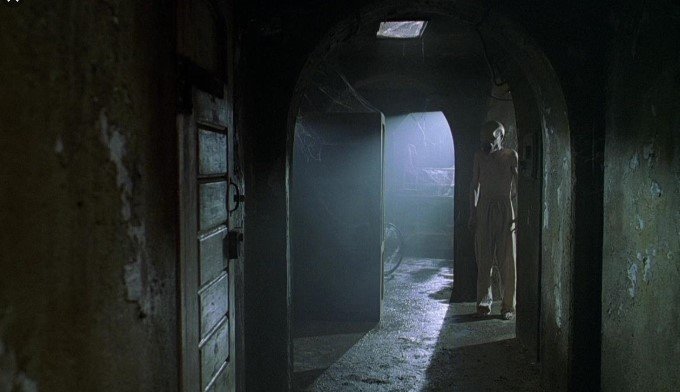 My dad was in the army and when he was in Germany he was talking to this lady and he said he was from Pepperell and she said she knows Pepperell really good and he told her our address and she said you bought that place? That place is haunted!

My dad was like you don’t have to tell me that! She said when it was a junk car lot that the cars would be moved around and they would be in different places in the yard and no one had moved them (that was alive anyway)!

The people next door had asked my mother what my father was doing up in the barn at night and she’s like nothing why and they said they have seen lights on and someone up there walking around!!! There is no electricity in the barn!!!

I wasn’t afraid of him because when I was little and having nightmares I went in my mom’s and dad’s bedroom with my pillow and blanket and laid on the floor because I didn’t want to wake them up.

I was still scared because of the nightmares that I had and then I felt a hand on my back at first I was afraid because there was no one there but then I felt safe as if I knew he was trying to make me feel better and comfort me then I fell asleep.

Our ghost Charlie liked to scare my sister though for some reason and really didn’t like my dad! One time he was sleeping and he said he felt something on top on him and then it started to strangle him! My dad couldn’t get up and he started to cry because he was so scared. He held onto his cross that he was wearing and started praying and then it went away.

My mother and father got divorced and he came down to visit us and was going sleep on the couch but didn’t want to stay out there alone. He said the ghost doesn’t like me can one of you sleep out there on the other couch? I said you big baby I’ll sleep out there with you.

Well sometime late in the night or early morning (not sure) we woke up to something banging on our door. It was so loud that I thought our door would be broken down! I said you going get that dad, he said hell no, you get it. Of course we both didn’t go to the door. When it finally stopped we both looked out and didn’t see anyone leave!

My mother had someone pray over our house so Charlie finally has gone into the light. I almost kind of miss him. We still have Charlie’s picture of him in his farmer jeans!

My story is 100% true and sometimes I think there is still something there because I have the feeling of being watched. I think it could be my dad who killed himself two years ago. I think he comes and watches over us from time to time but doesn’t do anything so he won’t scare my son. Thank you for reading my story.