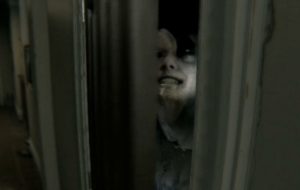 A Charles Needham, a well-known lawyer from London, recovering from an illness, rented a small cottage on the edge of the charming town of Canewdon in Southeast Essex, England. The year was 1895 and Needham was settling down to convalesce.

The housekeeper/cook he hires for the day work seemed concerned that he was planning to sleep in the cottage alone. She kept asking if he thought he would be “all right.” He assured her that as far as he knew, he would be, and for two or three nights he was. Then something happened.

He was sitting and reading in the kitchen one midnight, when he was startled by a click of the door latch behind him. The door led to a backyard garden. He watched the latch lift and then slowly fall again. The door was securely bolted at top and bottom, and whoever it was outside, did not try to push against it.

Needham remembered that the front door was unbolted and hurried into the other room. As he slid the bolt hole, the latch of that door too began to rise to the top of the slot. It hesitated a moment and then slowly dropped down into place again.

Needham was sick with tuberculosis and not a fit match for an intruder. Nevertheless, he slid back the bolt and threw open the door. There was no one there. For several nights this continued, much to Needham’s discomfort, but he decided not to mention the matter either to his housekeeper or to any of the townspeople.

He suspected that youngsters in the neighborhood might be having a little cruel fun with him. He would withstand their pranks, he decided. But a few weeks later he had to change his mind…

He had been visiting a friend in town, a chess-playing doctor, and his host had offered to drive him back to his cottage in his pony cart. They were jogging up to the entrance suddenly the pony stopped and refused to go farther, in spite of blows from the whip. Needham explaining it was only a short walk anyway and got out, thanking his friends for the lift.

As he hurried home, he saw a small light ahead of him along one side of the moonlit road. The trees were thick in that section.

Needham assumed the light was a lantern held another pedestrian on the way home, so he quickens his steps to catch up.

A few yards farther on, the figure ahead stepped out, into the moonlight, close by his cottage, stood a few moments, and then turned towards him. Needham turned and fled in terror. The figure was a woman, but a woman without a head. Needham ran all the way to the “Chequers,” a small inn down the road.

He gave a babbled description of what he had seen, and was amazed to learn that the headless lady was a well-known Canewdon resident who had been murdered and decapitated by her husband many years before. She had lived in the cottage he had rented. Perhaps she had been trying to enter and set up housekeeping again when she found the doors bolted against her.

Needham slept at the inn that night. The next day, he moved.