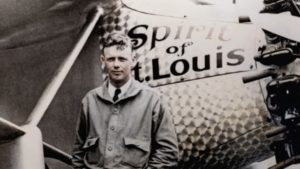 The man who was first to fly solo nonstop across the Atlantic Ocean may have done so with the help of angels. On his flight from New York to Paris in 1927, Charles Lindbergh had profound mystical experiences, which he kept secret for 26 years.

Lindbergh then revealed that vaporous beings had appeared to aid him; while he did not call them “angels,” they can be interpreted as such. Charles Augustus Lindbergh was born in Detroit, Michigan, on February 4, 1902, but spent most of his childhood in Little Falls, Minnesota, and Washington, D.C. He was the only child of Swedish native Charles August Lindbergh (birth name Carl Månsson) (1859–1924), and Evangeline Lodge Land (1876–1954), of Detroit.

From an early age Charles Lindbergh had exhibited an interest in the mechanics of motorized transportation including his family’s Saxon Six automobile, later his Excelsior motorbike, and by the time he enrolled as a mechanical engineering student at the University of Wisconsin in 1920, he had also become fascinated with flying even though he “had never been close enough to a plane to touch it.” 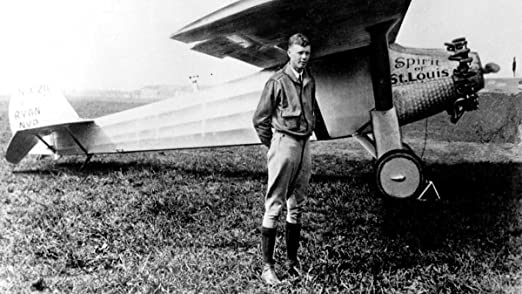 Lindbergh dropped out of the engineering program in February 1922, and a month later headed to Lincoln, Nebraska, to enroll as a student at the flying school operated by the Nebraska Aircraft Corporation. Arriving on April 1, 1922, he flew for the first time in his life nine days later when he took to the air as a passenger in a two-seat Lincoln-Standard “Tourabout” biplane piloted by Otto Timm.

Lindbergh did not mention his supernatural experiences in his first book about the flight, “We, Pilot and Plane”, published later in 1927. He did in “The Spirit of St. Louis”, published in 1953, and he discussed it again in “Autobiography of Values”, published posthumously in 1977. His reluctance reflects in part the prevailing lack of social acceptance of such experiences. The historic flight took 33 1/2 hours.

As he related it, Lindbergh had to remain alert at all times; there was no such thing as automatic pilot, and to doze off at the controls meant certain death by plummeting into the ocean. At one point over the Atlantic, fatigue and tension altered Lindbergh’s perception of reality.

By the ninth hour, he felt both very detached from and very near to the world below, and it made him think of “the nearness of death” and “the longness of life.” Lindbergh slipped into an altered state of consciousness that to him seemed both wakefulness and sleep.

He was conscious of being three elements: body, which was fatigued; mind, which made decisions; and spirit, a driving force that told him sleep was not needed, and that his body would be sustained through relaxation.

While he was in this twilight state, he became aware that the fuselage behind him was filled with ghostly presences that were humanlike but vaguely outlined, transparent and seemingly weightless. They did not appear suddenly. One moment, they were not present, another moment they were, as if they had always been there. Lindbergh, who felt caught in some “unearthly age of time,” was not surprised or afraid.

In ” The Spirit of St. Louis” he states: ” Without turning my head, I see them as clearly as though in my normal field of vision. There’s no limit to my sight— my skull is one great eye, seeing everywhere at once. 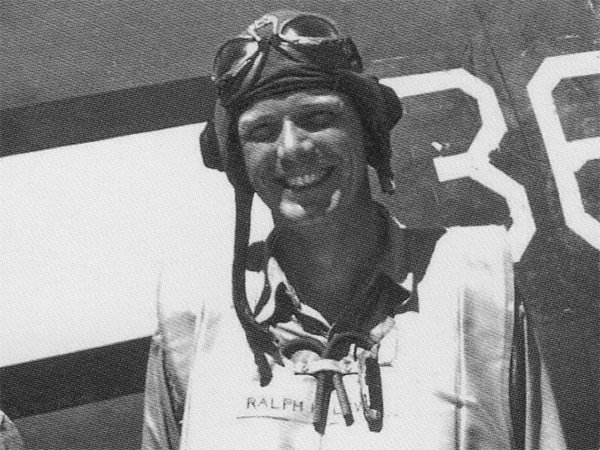 These phantoms speak with human voices—friendly, vaporlike shapes, without substance, able to vanish or appear at will, to pass in and out through the walls of the fuselage as though no walls were there. Now, many are crowded behind me. Now, only a few remain. First one and then another presses forward to my shoulder to speak above the engine’s noise, and then draws back among the group behind.

At times, voices come out of the air itself, clear yet far away, traveling through distances that can’t be measured by the scale of human miles; familiar voices, conversing and advising on my flight, discussing problems of my navigation, reassuring me, giving me messages of importance unattainable in ordinary life.”

The ability of the spirits to appear and disappear; their friendly demeanor and helpful advice; and their imparting of mystical wisdom “unattainable in ordinary life” are all characteristic of angelophanies, as well as encounters with other types of spirit beings.

Lindbergh seemed to associate them, however, with the dead, for he often wondered whether he had crossed the boundary between life and death and was in the land of the dead.

As his altered state continued, Lindbergh felt weightless himself, independent of physical laws: “I’m almost one with these vaporlike forms behind me, less tangible than air, universal as aether. I’m still attached to life; they, not at all; but at any moment some thin band may snap and there’ll be no difference between us.”

Lindbergh also offers a description of the beings that makes them sound archetypal:

“The spirits have no rigid bodies, yet they remain human in outline form—emanations from the experience of ages, inhabitants of a universe closed to mortal men. I’m on the borderline of life and a greater realm beyond, as though caught in the field of gravitation between two planets, acted on by forces I can’t control, forces too weak to be measured by any means at my command, yet representing powers incomparably stronger than I’ve ever known.”

The experience changed his views about life after death. He said that death no longer seemed final, but rather the entrance to a “new and free existence which includes all space, all time.”