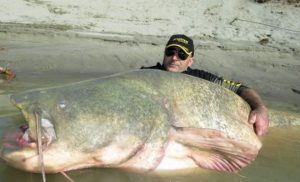 Huge catfish caught ordinary fishermen in Thailand. The giant’s weight exceeded 300 kilograms: from the tail to the tip of the nose, it had a length of as much as 3.5 meters.

The underwater colossus was caught in the Mekong River, lost in the jungle. The fishermen did not immediately manage to pull it to the surface – this saved the fish.

Experts from the Wildlife Fund quickly arrived at the scene. They bought catfish from fishermen and transported them to one of the aquariums in Bangkok. 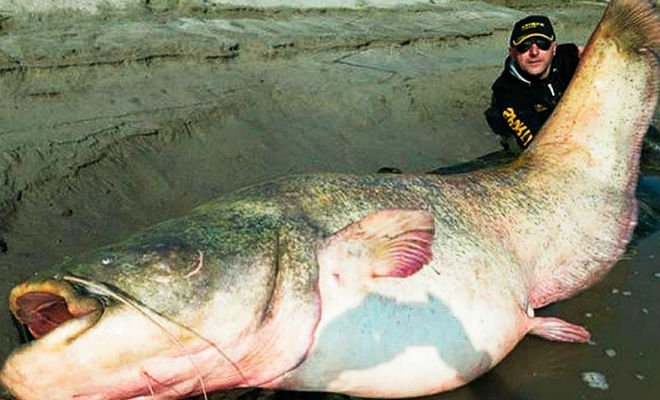 Catfish are a diverse group of ray-finned fish. Named for their prominent barbels, which resemble a cat’s whiskers.

Catfish are of considerable commercial importance; many of the larger species are farmed or fished for food. Many of the smaller species are important in the aquarium hobby.