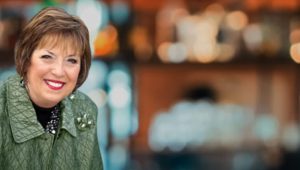 Carol Ritberger’s story is one of a near-death experience that changed a no-nonsense thinker into someone willing to accept the unthinkable and, to others, unbelievable.

Born in Beaumont, Texas, Carol was educated at the University of Florida, Gainsville (where she received certification in the Myers-Briggs scale), and soon began her career in the corporate world, specializing in conflict resolution and effective communication.

She stayed in that field for some time and enjoyed being able to resolve many of the work-related challenges and difficulties she encountered. Her life seemed well ordered and secure.

In 1981 Carol Ritberger’s orderly life changed in a dramatic fashion when, alone in the middle of the night, she encountered a strange episode. “I was awakened by a voice telling me to go to the hospital immediately,” Carol says.

She managed to drive herself to a nearby hospital and then it happened…she began to lose her grip on this life after suffering seizures. “I was lying there in emergency having these spells and being very scared. I suddenly found myself looking down on my body and I heard the doctors and nurses yelling ‘We’re going to lose her.'”

Carol found herself in a place where she felt peaceful, calm and fearless. She was surrounded by three balls of light (‘souls’) that stayed with her. In this condition she was taught a lot about life and she didn’t want to come back.

She was enjoying the peace…no telephones, computers or faxes…it was wonderfully serene. All of a sudden she was jolted into this world and found herself back in the hospital bed begging the nurses to ‘turn off the lights’ because she was unable to see. She was told that there were no lights on and that she was going to be fine.

Some time after this experience Carol began to see auras around people. She could tell from these auras if the person was stressed or happy and was able to see beyond the auras into the very soul of the person.

She studied this phenomenon and anything related that she could find and soon became adept at reading medical problems. In 1987 a man came to her for a reading and she saw a heart attack coming. Being intuitive and touching lives had been fun, but now this was becoming frightening to her. The man did indeed have a heart attack the next day.

The author of many books, Dr. Ritberger (pronounced ‘rightberger’) believes that malfunctions and illnesses can be prevented and that we can create miracles in our lives.

“God is love. Love is the only emotion we have…fear drives it away. Acceptance of love for ourselves, with all our strengths and limitations, is vital to wholeness. Human suffering creates illness and we need to distance ourselves from bad relationships, jobs or anything else that blocks our higher good.”

Carol’s advice to everyone is that things are not as they appear; we must not cave in to fear or guilt or a feeling of helplessness. We should partake more of the joy in life.

The mystery of the Gypsies: Their Origin and Magick

Want to Get Back Together with Your Ex? Let Astrology Help You