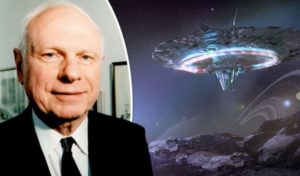 Paul Hellyer was the Canadian Minister of National Defense in the 1960s during the cold war. He was responsible for combining the Canadian Air Force, Navy, and Army into what is known today as the Canadian Forces.

He has been speaking about UFOs and extraterrestrials for quite some time now, and he recently made an appearance on RT news stating that there are at least 4 known alien species that have been visiting Earth for thousands of years. 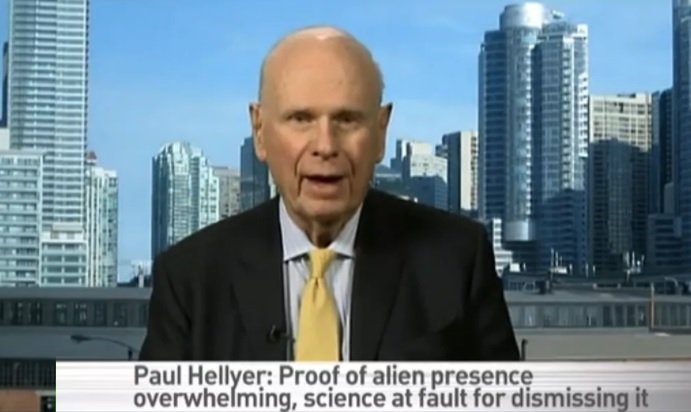 Upon retirement, Hellyer began to blow the whistle on UFOs and extraterrestrials. His testimony is backed up by hundreds of other high ranking military and political personnel all over the world, including official documents released by dozens of governments worldwide that have officially acknowledged the presence of UFOs.

Here is some of what Paul Hellyer has to say, for more you can watch the video clip below:

“In one of the cases during the cold war, 1961, there were about 50 UFOs in formation flying South from Russia across Europe. The supreme allied commander was very concerned and was about ready to press the panic button when they turned around and went back over the North Pole.

“They decided to do an investigation and they investigated for three years and they decided that with absolute certainty that four different species, at least, have been visiting this planet for thousands of years. There’s been a lot more activity in the past two decades, especially since we invented the atomic bomb.

“They are very concerned about that and if we will use it again, because the whole cosmos is a unity and it affects not just us but other people in the cosmos. They’re very much afraid that we might start using atomic weapons again and this would be very bad for us, and them also

“Many are benign and benevolent, and a few are not. They come from various places, for a long while I only knew about ones that came from different star systems, the Pleiades. There are extraterrestrials that come from Andromeda, and ones that live on one of Saturn’s moons”, stated Paul Hellyer.

He adds that the aliens are rather unimpressed with us earthlings.

“There is a federation of these people, and they have rules, one of them is that they don’t interfere with our affairs unless they are invited. They have accepted the fact that this is our planet, and we have the right to run it but they are very concerned, they don’t think that we are good stewards of our planet.

“We are ruining our planet, we’re doing all sorts of things that we shouldn’t be doing, and they don’t like that. They’ve made it clear, and they have given us a warning”, claims ex Canadian Minister of National Defense.

“Decades ago, visitors from other planets warned us about the direction we were heading and offered to help. Instead, some of us interpreted their visits as a threat, and decided to shoot first and ask questions after.

“It is ironic that the US should be fighting monstrously expensive wars, allegedly to bring democracy to those countries, when it itself can no longer claim to be called a democracy when trillions, and I mean thousands of billions of dollars have been spent on black projects which both congress and the commander in chief have been kept deliberately in the dark”, declared Hellyer.

Back in 2007, the Ottawa Citizen reported that Hellyer is demanding that world governments disclose alien technology that could be used to solve the problem of climate change:

“I would like to see what (alien) technology there might be that could eliminate the burning of fossil fuels within a generation…that could be a way to save our planet…We need to persuade governments to come clean on what they know. Some of us suspect they know quite a lot, and it might be enough to save our planet if applied quickly enough.”

Which of the top officials is the next to dare to tell the truth, which is being hidden from us?