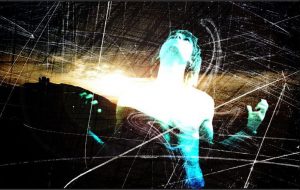 The progress of medical science in the past 30 years has been so rapid that yesterday’s miracles are tomorrow’s commonplace procedures. So it has proved with heart transplants, which have become almost routine in hospitals around the world. Yet every once in a while a story emerges which should cause us all to sit up and take note that there is nothing “routine” or “commonplace” about such complex operations.

The suggestion, highlighted again this week, that donor patients could not only be acquiring the organs but also the memories – or even the soul – of the donor is surely one such story. This bizarre possibility was raised by the inexplicable case of Sonny Graham – a seemingly happily married 69-year-old man living in the U.S. state of Georgia. He shot himself without warning, having shown no previous signs of unhappiness, let alone depression. His friends described it as an act of passion, not of reason.

The case might have remained just an isolated tragedy were it not for the fact that Sonny had received a transplanted heart from a man who had also shot himself – in identical circumstances. To make things even more intriguing, shortly after receiving the heart transplant, Sonny tracked down the wife of the donor – and fell instantly in love with her. “When I first met her,” Sonny told a local newspaper, “I just stared. I felt like I had known her for years. I couldn’t keep my eyes off her.”

He spoke of a deep and profound love for her. It was instant and it was passionate. The kind of love where overwhelming passion seizes control of the mind and banishes reason. They quickly wed. The tragedy of Sonny Graham will, no doubt, be written off as mere coincidence. After all, there is surely no conceivable way that the memories, let alone the character of a donor, can be transplanted along with their heart. Virtually every doctor and scientist will tell you the heart is a mere pump. The seat of our mind, our consciousness, our very soul – if such a thing exists – lies in the brain.

The heart’s only control over our mind is whether or not it sends it blood. Ever since William Harvey unravelled the mysteries of the heart and circulatory system centuries ago, this fact has remained beyond doubt. Well, almost beyond doubt. For a few brave scientists have started claiming that our memories and characters are encoded not just in our brain, but throughout our entire body. Consciousness, they claim, is created by every living cell in the body acting in concert. They argue, in effect, that our hearts, livers and every single organ in the body stores our memories, drives our emotions and imbues us with our own individual characters. Our whole body, they believe, is the seat of the soul; not just the brain.

And if any of these organs should be transplanted into another person, parts of these memories – perhaps even elements of the soul – might also be transferred. There are now more than 70 documented cases similar to Sonny’s, where transplant patients have taken on some of the personality traits of the organ donors. Professor Gary Schwartz and his co-workers at the University of Arizona have documented numerous seemingly inexplicable experiences similar to Sonny’s. And every single one is a direct challenge to the medical status quo. In one celebrated case uncovered by Professor Schwartz’s team, an 18-year-old boy who wrote poetry, played music and composed songs was killed in a car crash. A year after he died, his parents came across a tape of a song he had written, entitled, Danny, My Heart Is Yours.

In his haunting lyrics, the boy sang about how he felt destined to die and donate his heart. After his death, his heart was transplanted into an 18-year-old girl – named Danielle. When the boy’s parents met Danielle, they played some of his music and she, despite never having heard the song before, knew the words and was able to complete the lyrics. Professor Schwartz also investigated the case of a 29-year-old lesbian fast-food junkie who received the heart of a 19-year-old vegetarian woman described as “man crazy”.

After the transplant, she told her friends that meat now made her sick, and that she no longer found women attractive. If fact, shortly after the transplant she married a man. In one equally inexplicable case, a middle-aged man developed a new-found love for classical music after a heart transplant. It transpired that the 17-year-old donor had loved classical music and played the violin. He had died in a drive-by shooting, clutching a violin to his chest.

Nor are the effects of organ transplants restricted to hearts. Kidneys also seem to carry some of the characteristics of their original owners. Take the case of Lynda Gammons from Weston, Lincolnshire, who donated one of her kidneys to her husband Ian. Since the operation, Ian believes he has taken on aspects of his wife’s personality. He has developed a love of baking, shopping, vacuuming and gardening. Prior to the transplant, he loathed all forms of housework with a vengeance. He has also adopted a dog – yet before his operation he was an avowed “cat man”, unlike his wife who favoured dogs.

It’s easy to dismiss such tales as hokum. But the Chinese authorities are certainly taking them seriously. They have recently taken an interest in Professor Schwartz’s ideas and have begun a programme to monitor transplant patients. (As many “donated” organs in China come from executed political prisoners, a cynic might suggest that the authorities are worried about an “epidemic” of political thought spreading via organ transplants.) Many scientists will, of course, point out that tens of thousands of organ transplants have now been carried out worldwide, so you would expect to come across a few bizarre cases like Sonny Graham’s.

It is also hardly surprising that after a major life-threatening operation such as a heart transplant, a patient may undergo a profound alteration to their character. Who could remain unchanged after staring death in the face? The powerful drugs required as part of organ transplant procedures can also cause major changes in behaviour. Put all these together and it’s no wonder that some patients leave hospital with a drastically different outlook on life. What is most surprising about these cases, though, is not that some transplant patients emerge as different people after an operation, but that the changes are so specific.

“It’s a targeted personality change,” says Professor Schwartz. “If this is the result of drugs, or stress, or coincidence, none of those would predict the specific patterns of information that would match the donor.” If Professor Schwartz and his ilk are right, it would destroy one of the foundation stones of modern biology. But then again, modern biology has a guilty little secret: it has, as yet, no viable theory to explain how we store memories and how we produce consciousness. In fact, scientists haven’t even managed to define what exactly consciousness is, let alone managed to pin down where it comes from and where it is to be found within the body.

So maybe, just maybe, the poets, romantics and mystics throughout the ages were right: the heart really is the seat of our emotions and of our souls. And if we can transplant hearts, then perhaps it’s not so fanciful to suggest that some part of the spirit goes with them. Who knows – one day doctors may even be able to offer a “character transplant”.