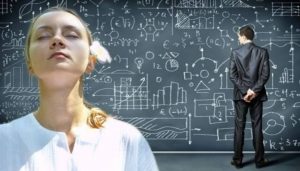 Mention topics like consciousness or the nature of the universe and you’ll likely get opposing views from scientific types and those who have a spiritual bent. Diversity in knowledge, experiences and views is great, but so often science and spirituality are divided into separate camps, each refusing to budge. With so much to learn from each other at stake, can science and spirituality ever get along?

The Scientific View of Things

Science has brought wonderful advances to humankind. It brought us out of the Dark Ages and made us realize that we were not subject to the whims of the gods and other strange forces. We learned that the world was not flat and that the sun was the true center of the solar system. Thanks to science numerous diseases were eradicated and advances in technology have brought about more wonders than can be mentioned.

The scientific view of things is rational. It relies on questions, hypotheses, predictions, tests and finally analysis. Eventually a conclusion is reached, but that is not the end. Tests, experiments and conclusions must be repeated, externally reviewed and shared.

Science focuses a great deal on the rational left-brained, empirical five-senses view of things. It ensures that we see the details and keep our feet on the ground. Material proof is the order of the day and knowledge must be firmly grounded in reality. All of this is extremely important for navigating in our three dimensional world. But is that all there is to life and reality? Many on this side of the fence think so.

The Spiritual View of Things

Spirituality on the other hand, seems to have existed since the dawn of time. Archaeologists have even discovered that early Neanderthal humans buried their dead along with tools and trinkets, suggesting the belief in an afterlife. As humanity evolved, spirituality continued to be seen in the form of temples, rituals and other accounts recorded throughout history.

The teachings of mystics, saints, sages and spiritual adepts still remain with us today. Even in this modern age, millions follow the teachings of the Bible, the Koran, the Upanishads and the writings of Buddha. And this covers only part of the world’s major religions. There are still numerous writings and teachings from other spiritual practices.

Spirituality is all around us—it is holistic. The spiritual view sees universal life force in practically everything. It is heavily dependent upon consciousness and connection with Spirit, the Universe or the Divine. Knowledge is more right-brained, focusing on the abstract and often tuning into subjective emotions and feelings. The wisdom of the heart is relied upon much more than what can me measured and touched. But is the material world irrelevant or to be ignored? Many on this side of the fence think so.

So often science sees spirituality as something nebulous that has little value in the practical world, while spirituality sees science as compartmentalized and too detail oriented. Can’t we all just get along?

While science and spirituality have differing worldviews, the irony is that they are both essentially seeking the same things—knowledge and understanding. Both sides attempt to grasp the nature of reality and the universe, along with our role in it. Each side just takes a different path to get there. Too bad these two powerful forces can’t be joined.

Not all hope is lost however. There are many instances of science and spirituality starting to come together to explore things. More people from the scientific community are embracing spiritual ideas, while spirituality is developing some healthy curiosity and skepticism in order to find personal truth.

Consider the example of Dr. Eben Alexander, a skeptical neurosurgeon who now offers proof of the afterlife. And look at the popularity of Deepak Chopra, a physician who espouses the power of spirituality. Numerous research groups like the Institute of HeartMath and the Institute of Noetic Sciences also seek to incorporate both views into their work.

Science and spiritually may be on opposite side of the spectrum, but they are drawing closer together. Perhaps they can get along after all!