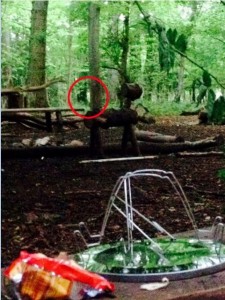 Two ladies got more than they planned for when they camped out in the woods near Bristol.

Lola Swan and Kate Channon had set up their camping tent and equipment in dense forest on the outskirts of the city in the hope of enjoying a relaxing night under the stars, but as darkness fell things started to take a turn for the worse.

“Through the night time we heard the sounds of, what can be characterized as, people walking around,” said Lola. “Twigs and branches were cracking and breaking, like footsteps on the forest ground.”

The women became increasingly aware of the feeling of being watched but were unable to see signs of anyone else in the area. At one point Kate whistled out and was terrified to hear someone whistling back at her from the darkness. Some of their camping tools also seemed to have gone missing. Lola Swan and Kate Channon set up camp in a dense woodland but soon noticed strange noises such as twigs snapping and their equipment going missing.

The two friends eventually made the decision to flee after hearing what sounded like a baby crying at around 1am. “After midnight it all got too scary and, in our panic and fear, packed up our tent and got the hell out of there,” said Lola. 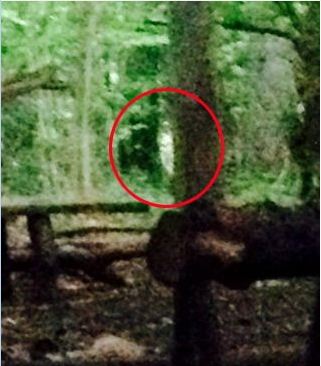 The experience didn’t end there however, as the following morning while flicking through the photographs they had taken in the woods Lola discovered an image showing what appeared to be a strange glowing figure in the background.

It wasn’t until the following morning when Lola, 28, flicked through their pictures of the night before that she noticed the spooky apparition among the trees.

‘I immediately threw the phone to the ground,” she said. “I knew we were being watched, and that picture proves it. During the night we heard the sounds of, what can be described as, people walking around.”

They set up during the day but as night fell they began hearing strange noises and felt like they were being watched.

At one point Kate whistled out – and was horrified when something whistled back. Tensions rose when their hammer went missing and the child’s voice at 1am was the final straw.

‘After midnight it all got too scary and, in our panic and fear, packed up our tent and go the hell out of there,’ said Lola, who is unemployed and of Hartcliffe, Bristol. 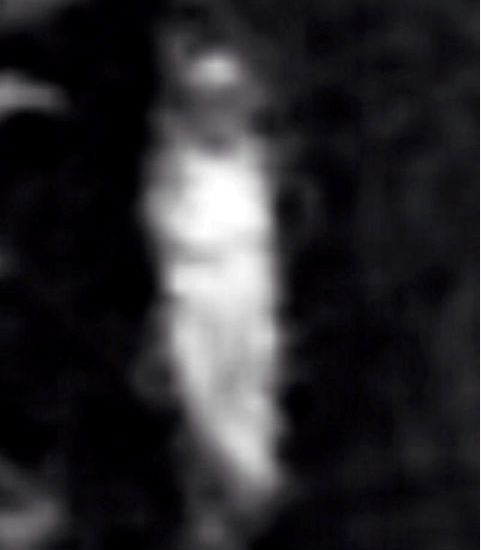 Her picture shows what appears to be a white ghoul, or ghost, peering at them from behind a tree.