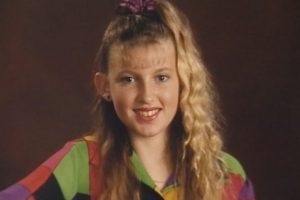 By all accounts, she was a responsible and obedient girl, was content with her life and had a trusting and respectful relationship with her mother. Indeed, it is believed that this girl would never have left the house without asking permission.

Rhianna Barreau, 12, and her mother Paula lived in Murfette Vale, a southern suburb of Adelaide, Australia. On October 7, 1992, early in the morning, Paula left for work at 8:30, kissing her daughter before leaving.

It was a day off that day, so Rhianna didn’t go to school, but she planned to drive to the nearest mall to buy a new set of Christmas cards. She wanted to send a postcard to her new school penpal from the United States.

Since there was a bus drivers’ strike that day, Rhianna told her mother that she would go to the mall on foot. This area was very prosperous, the center was not far away and the girl’s mother did not even think that something could happen to her daughter.

At 4:10 pm, Paula Barro returned home from work to find that the house was locked, but the TV was on.

At the same time, no one was at home. On the floor were a few records and some other random things, and on the table was a set of Christmas cards – apparently those that Rhianna had bought in the store.

Everything indicated that Rhianna successfully went to the store, bought postcards there and returned home, after which she sat down to watch TV. But what happened to her then? 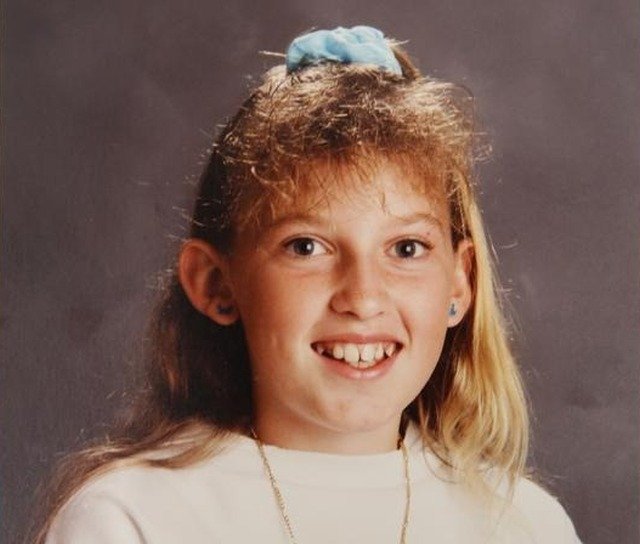 Paula was worried because Rhianna was not in the habit of leaving home alone without warning at such a late hour and she always waited for her mother to leave work.

By 6 o’clock in the evening, the girl had not shown up and Rhianna was already seriously worried. She called the police and reported missing her daughter. The investigator began by asking who might have seen Rhianna when she went to the mall.

It turned out that at 10:30, passersby saw the girl on the way to the mall, at 11:19 she bought postcards at a kiosk, and at 12:30 she was walking along the sidewalk along the highway near Morfette Vale High School and Stanwack Elementary School.

The girl was holding a small shopping bag in her hands. After that, her movements were unclear. It looked like she made it home safely, but what happened after that remained a complete mystery.

Several days passed and Rhianna was never found, after which a large-scale search operation was launched. Photos of the girl were sent to all newspapers, were shown on TV, leaflets with her photos were posted all over the suburb. The police have promised a generous reward of up to $ 1 million to anyone who points out the girl’s whereabouts or at least gives a hint about what happened to her. 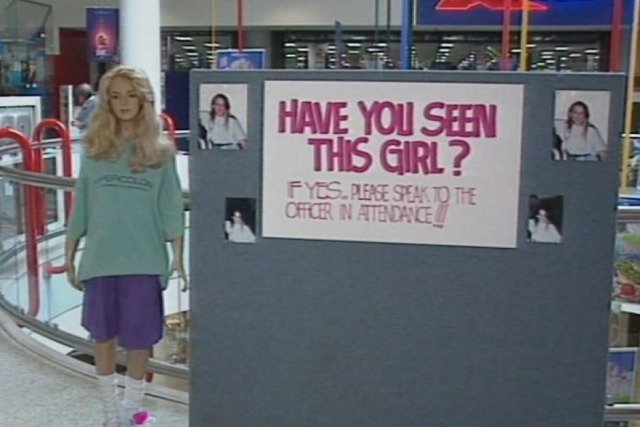 The police received hundreds of calls from alleged eyewitnesses, but only one of them turned out to be useful – an unnamed eyewitness reported that on the day of the loss at about 4:00 pm (that is, 10 minutes before Rhianna’s mother returned home from work), he saw Rhianna Barreau standing at an intersection about 500 meters from her house.

But this did little to help the investigators, since the girl did not look scared or in a hurry and was alone.

There was also information about some “suspicious activity” of a white car with license plates from the state of Victoria, which allegedly drove through the area where the Barrow family lived at the time Rhianna disappeared.

One man was seen inside this car. However, the search for this car yielded nothing. Rhianna Barreau was never found and it is still unknown what happened to her. Considering that the house was closed and there were no items missing and there were no signs of a struggle, if she was kidnapped, then it was done by a person whom she trusted and knew well.

“It looks like she left the house on her own. There was no mess, there was no fight. There was nothing suspicious around that day either, no one heard screams and the like.

“This certainly opens up the possibility that she could know this person. or perhaps she had some reason to feel comfortable with this person, which is one of the possibilities we are considering.

“I guess if she was on the street when someone grabbed her, there would probably be someone nearby who would have heard or seen it. I feel like it was someone she knew. That’s what I can’t understand,” said one of the investigators.

The lack of any evidence of violence or signs of struggle is certainly an interesting detail of the case, as well as the fact that she locked the door well behind her when she left the house.

Some suspicion is caused by the records lying on the floor and some other objects dropped from the shelf, but the girl could well have hit them just by accident, because she was in a hurry. Although where she could be in such a hurry is also unknown.

Another theory is that she may have left the house on some sudden urgent business, which explains why she left the TV on and locked the door. Maybe she wanted to run to neighbors or acquaintances, but on the way she was attacked and kidnapped.

This takes us to an intersection near her house, where she was allegedly seen just 10 minutes before her mother came home. What could she do there? Was she waiting for someone there? And if she was kidnapped from there, then why did no one notice this, although there are many cars driving there?

Could someone penetrate her house, quickly grab her, and then close the door behind him and take her away in a car? But neighbors assure that nothing strange was heard or seen near Barrow’s house.

This is a very quiet and calm suburb, if someone saw some suspicious strangers there, they would probably immediately report this. Of course, there was a hypothesis that she could just run away from home of her own free will, but there is absolutely nothing in Rhianna’s story or personality that would suggest that she would have done such an act.

By all accounts, she was a responsible and obedient girl, was content with her life and had a trusting and respectful relationship with her mother. Indeed, it is believed that this girl would not have left the house at all without first asking her mother’s permission to do so. She just doesn’t fit the profile of the typical teen fugitive.

“It was too clean. We looked at her biography in the early stages and found that she was not a rebel in search of adventure, she was a family girl and she could be trusted.

“She did not have a boyfriend and would not run away, so the more we learned about the history of her family, the more I was convinced that some terrible fate befell her,” said one of the investigators.

What happened to Rhianna Barreau? Where did the path lead her on that fateful day? How did it happen that no one saw her for half a day or witnessed what happened to her in this quiet suburb?

Was she kidnapped, killed, taken away somewhere? If so, who did it? Why was everything inside her house all right and it was locked, as if she just went outside for a couple of minutes with the intention of returning soon?