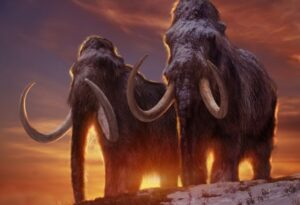 Mammoths began to disappear en masse from the face of the Earth about 10 thousand years ago, the last populations of these animals lived out their days on Wrangel Island in the Russian Arctic and finally died out 4 thousand years ago.

After they began to find well-preserved remains of mammoths in the permafrost of Siberia, one after another, there was talk that they could be revived with the help of modern achievements in the field of genetics.

So far nothing has gone beyond words, but recently news appeared in the British media that will surely cheer up the supporters of the revival of mammoths.

“The company Colossal” has collected $ 15 million on an ambitious project to revive mammoths. Colossal is a bioscience and genetics company co-founded by Ben Lamm, a technology and software entrepreneur, and George Church, professor of genetics at Harvard Medical School, who pioneered new approaches to gene editing.

“Our goal is to make a cold-resistant elephant, but it is going to look and behave like a mammoth. Not because we are trying to trick anybody, but because we want something that is functionally equivalent to the mammoth, that will enjoy its time at -40C, and do all the things that elephants and mammoths do, in particular knocking down trees,” Church told the Guardian.

Not all scientists suspect that creating mammoth-like animals in the lab is the most effective way to restore the tundra. “My personal thinking is that the justifications given – the idea that you could geoengineer the Arctic environment using a herd of mammoths – isn’t plausible,” said Dr Victoria Herridge, an evolutionary biologist at the Natural History Museum.

“The scale at which you’d have to do this experiment is enormous. You are talking about hundreds of thousands of mammoths which each take 22 months to gestate and 30 years to grow to maturity.”

Lamm said: “Our goal isn’t just to bring back the mammoth, but to bring back interbreedable herds that are successfully rewilded back into the Arctic region.”

Whether Asian elephants would want to breed with the hybrids is, for now, unknown. “We might have to give them a little shave,” said Church.