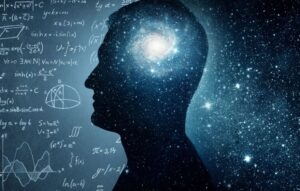 A team of researchers from Boston University has proposed a new theory of consciousness, according to which our brain is not really aware of the environment, but is processing subconscious memories that arose just half a second ago.

The scientists believe their new theory could explain why it’s so hard to resist strict dieting and impulsive behavior, as well as explain phenomena that current theories can’t explain.

“In a nutshell, our theory is that consciousness evolved as a memory system that is used by our unconscious brains to help us flexibly and creatively imagine and plan for the future,” said study author Andrew Budson, professor of neuroscience.

“What’s new about this theory is that it assumes that we don’t perceive the world, we don’t make decisions, and we don’t act directly. Instead, we do all these things unconsciously, and then, about half a second later, we consciously remember that we did them.”

There are many theories of consciousness. Some propose a hierarchical design in which the brain actively stimulates or downgrades cognitive processes to either unconscious or conscious. Other theories focus on whether certain parts of the brain can generate the correct information, thus deciding whether or not it is conscious.

However, this all involves direct processing of stimuli as they enter the brain and subsequent foreground or background decision making, which Budson and his team believe is simply too slow to explain the quick reflexes seen in sports and other high-energy activities.

The researchers’ theory suggests that stimuli go directly to the unconscious before the brain pushes them into consciousness based on memories of the event. And the actions we think of as conscious are actually often impulsive.

According to them, this explains why we do things we know we shouldn’t do, such as eating non-stop.

“Even our thoughts are usually not under our conscious control. It is precisely because of the lack of control that we can find it difficult to stop the flow of thoughts racing through our head when we are trying to sleep” continues Budson.

Using this theory, scientists have outlined clinical teaching methods that can be useful in studying the consequences of neurological diseases such as dementia. What’s more, if they’re right, it could provide new ways to deal with compulsive behaviors and disorders.

Their study was published in the journal Cognitive and Behavioral Neurology