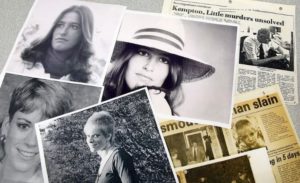 Ten years before the term serial killer entered popular usage, Boston was terrorized by an elusive predator who raped and strangled women in their homes, slaying 13 between June 1962 and July 1964.

In every case the victims had been raped—sometimes with a foreign object—and their bodies laid out nude, as if on display for a pornographic snapshot. Death was always caused by strangulation, though the killer sometimes also used a knife.

The ligature— a stocking, pillow case, whatever—was invariably left around the victim’s neck, tied with an exaggerated, ornamental bow. Though the crimes were attributed to Albert DeSalvo, investigators of the case have since suggested the murders (sometimes known as the silk stocking murders) were not committed by one person.

A nylon stocking was used to kill 68-yearold Nina Nichols on June 30, and 65-year-old Helen Blake was found the same day, with a stocking and bra knotted around her neck.

On August 19 1962, 75- year-old Ida Irga was manually strangled in her home, “decorated” with a knotted pillowcase.

Sixtyseven- year-old Jane Sullivan had been dead a week when she was found on August 20, 1962, strangled with her own stockings, slumped over the edge of the bathtub with her face submerged.

The killer seemed to break his pattern on December 5, 1962, when he murdered Sophie Clark, a 20-year-old African American.

Another shift was seen with 23-year-old Patricia Bissette, strangled on her bed and covered to her chin with a blanket, in place of the usual graphic display.

With 23-year-old Beverly Samans, killed on May 6, 1963, the slayer used a knife for the first time, stabbing his victim 22 times before looping the traditional stocking around her neck. 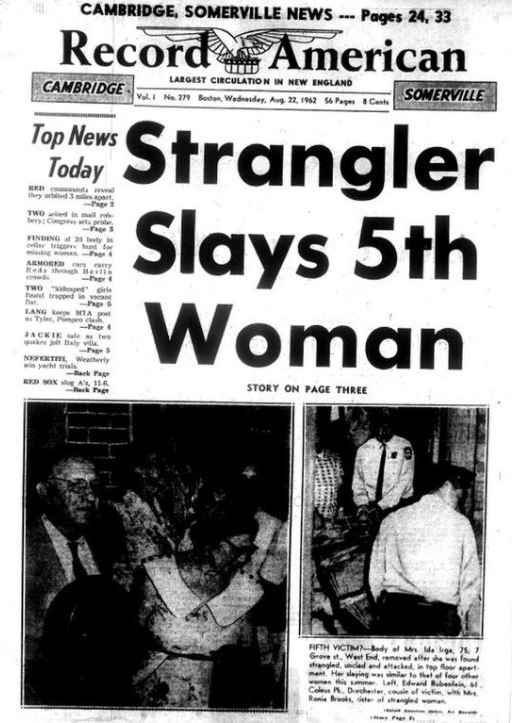 Evelyn Corbin, 58, seemed to restore the original pattern on September 8, 1963, strangled and violated in an “unnatural” assault, but the killer went back to young victims on November 23, strangling 23-year-old Joann Graff and leaving bite marks on her breast.

The final victim, 19-year-old Mary Sullivan, was found on January 4, 1964, strangled with a scarf.

Ten months later, 33-year-old Albert Henry DeSalvo was detained for questioning in an unrelated case, suspected in a two-year series of rapes committed by a prowler called the Green Man, after the green work clothes he wore while assaulting victims in Massachusetts, Connecticut, and Rhode Island.

In custody, DeSalvo confessed to those rapes and hundreds more, dating back to his molestation of a nine-year-old girl in 1955, while DeSalvo was a soldier stationed at Fort Dix, New Jersey.

The marathon confession landed DeSalvo in Bridgewater State Hospital, committed for psychiatric evaluation, and there he met George Nasser, a convicted murderer facing trial for his second known slaying since 1948.

Their private conversations were interspersed with visits from police, climaxed by DeSalvo’s full confession to the Boston Strangler homicides. In his statement, DeSalvo added two “new” victims, never previously linked by the authorities.

One, 85-year-old Mary Mullen, was found dead at her home on June 28, 1962, her passing attributed to simple heart failure. DeSalvo claimed that Mullen had collapsed from shock when he invaded her apartment, whereupon he left her body on the couch without continuing his usual assault. Mary Brown, age 69, was stabbed and beaten to death at her home on March 9, 1963, again without a showing of the famous “strangler’s knot.”

It seemed like an open-and-shut case, but numerous problems remained. The strangler’s sole surviving victim, assaulted in February 1963, could not pick DeSalvo out of a lineup. Neither could witnesses who glimpsed a suspect near the Graff and Sullivan murder scenes. Several detectives had focused their aim on another suspect, fingered by “psychic” Peter Hurkos, but their man had voluntarily committed himself to an asylum soon after the last murder.

Finally, if DeSalvo was driven by a mother fixation, as psychiatrists claimed, why had he chosen young women (including one African American) as five of his last seven victims?

The police were impressed at the accuracy of DeSalvo’s descriptions of the crime scenes. Though there were some inconsistencies, DeSalvo was able to cite details which had not been made public. However, there was no physical evidence to substantiate his confession. As such, he stood trial for earlier, unrelated crimes of robbery and sexual offenses in which he was known as The Green Man and The Measuring Man respectively.

His attorney F. Lee Bailey brought up the confession to the stranglings as part of his client’s history at the trial in order to assist in gaining a ‘not guilty by reason of insanity’ verdict to the sexual offenses but it was ruled as inadmissible by the judge. DeSalvo was sentenced to life in prison in 1967.

In February of that year, he escaped with two fellow inmates from Bridgewater State Hospital, triggering a full scale manhunt. A note was found on his bunk addressed to the superintendent.

In it, DeSalvo stated that he had escaped to focus attention on the conditions in the hospital and his own situation. The next day he gave himself up. Following the escape he was transferred to the maximum-security Walpole State Prison where he was found stabbed to death in the infirmary on November 1973. The killer or killers were never identified.

Other theories postulate the existence of two Boston Stranglers, one each for the young and the elderly victims. Journalist Hank Messick added a new twist in the early 1970s, quoting Mafia hit man Vincent Barbosa (now deceased) to the effect that DeSalvo had been paid, presumably by organized crime, to “take a fall” for the actual, unidentified Boston Strangler.

More than a quarter century after DeSalvo’s murder in prison, forensic scientists revisited the Boston Strangler case in an effort to determine whether or not DeSalvo committed the murders to which he confessed.

His body was exhumed in October 2001, for extraction of DNA material unknown to pathologists at the time of the original murders. The material was slated for comparison with evidence collected in the case of 19-year-old Mary Sullivan, the strangler’s last victim, found dead on January 4, 1964.

By December 2001, neither DeSalvo’s family nor Mary Sullivan’s believed DeSalvo was the Boston Strangler. That opinion was apparently supported on December 6 by reports that Prof. James Starrs’s “All-Star Forensic Science Team” —a professor of law and forensic science at George Washington University —had discovered foreign DNA from two individuals on Sullivan’s body and clothing, neither of the samples linked to DeSalvo.

As Prof. Starrs told the press, “It’s indicative, strongly indicative, of the fact that Albert DeSalvo was not the rape-murderer of Mary Sullivan. If I was a juror, I would acquit him with no questions asked.” Sullivan’s nephew, Casey Sherman, had an even more emphatic statement for the press. “If he didn’t kill Mary Sullivan, yet he confessed to it in glaring detail, he didn’t kill any of these women.”

Retired Massachusetts prosecutor Julian Soshnick disagreed, retorting, “It doesn’t prove anything except that they found another person’s DNA on a part of Miss Sullivan’s body.” Seeming to ignore that neither donor was DeSalvo, Soshnick stood firm: “I believe that Albert was the Boston Strangler.”

Sources: The Encyclopedia of Unsolved Crimes by Michael Newton