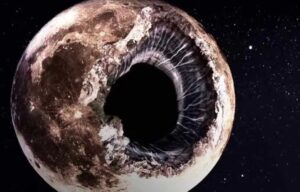 In his book Letters from Andromeda, contactee Alex Collier details the conversations he had with telepathic extraterrestrial beings from the Andromeda galaxy. One of them was called Moraney and originated from a star system in a constellation he called Zenetae.

Contactees are persons who claim to have experienced contact with extraterrestrials. Some claimed ongoing encounters, while others claimed to have had as few as a single encounter.

An ancient being, Moraney was able to convey valuable information to Collier, and it painted a picture very different to what history teaches us about Earth’s past.

The Andromedan also revealed that our present is governed by lies and deceit and the general population knows little to nothing about what is really going on in our Solar System.

One of the most interesting of Moraney’s disclosures relates to the origin of mankind and involves the existence of a secret base on the Moon. He also mentioned that Earth’s satellite didn’t initially form in the solar system but was transported here millions of years ago.

It was used as a transport ship that carried reptilians, human-reptilian hybrids and the first humans to set foot on Earth.

The Moon, as Moraney telepathically told Collier, originated in a star system located 432 light years from Earth, in the constellation Ursa Minor. Called “CHOWTA” by the Andromedans, this binary star system is enormous, holding 21 planets and four dozen moons.

The moon we now call our own once orbited the 17th planet in the Chowta system. It was called Maldek and was destroyed in an ancient war between a human alliance and tyrannic Grey aliens from the Orion Empire. 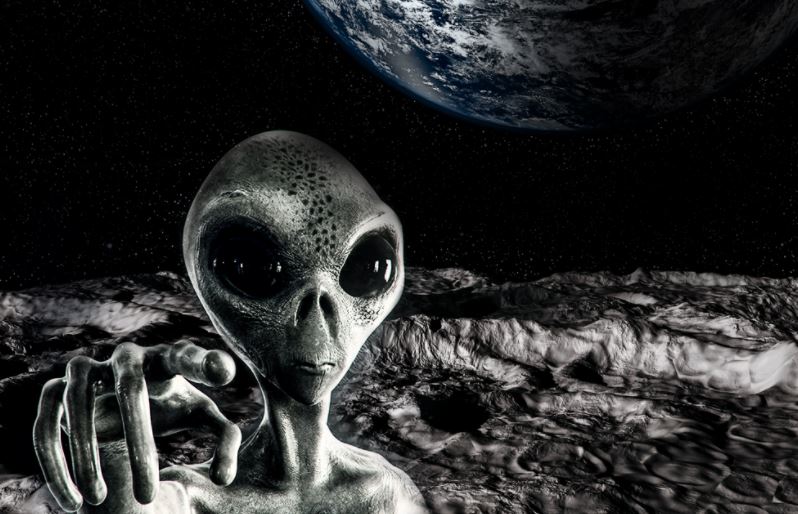 The Andromedans revealed to Collier that the Moon is 6,2 billion years old. This means it is older than our Solar System and couldn’t have possibly begun its existence here.

Conspiracy theories regularly mention the presence of unknown compounds and chemicals on the lunar surface and that their discovery was withheld from the public. Moraney’s telepathic transmissions have led Collier into believing the same.

Click HERE to read well documented articles about the Moon anomalies that prove our satellite is hollow and couldn’t have originated in our solar system.

But if the Moon is an outsider, how was it brought here?

Collier writes that it was “put into the tail of an asteroid which brought it into our Solar System.” Although our astronomers haven’t identified it, the asteroid supposedly returns to our part of the galaxy every 25,000 Earth years.

There are signs that support this hypothesis and many of them are invisible to the untrained eye. But, as Collier points out, they are present nevertheless:
“The Moon is hollow. 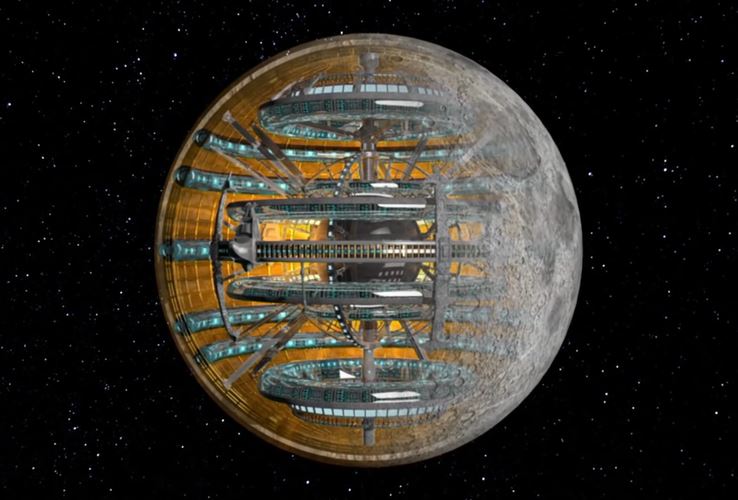 It contains huge underground facilities built by E.T.’s and later humans from Earth. There are seven openings into the Moon’s crust, and the underground bases. Conservative scientists have wondered why so many craters seem so shallow, despite their size.

“The Andromedans say, it’s because much of the surface was built on top of a metallic shell of a circular space crest; or “A War Carrier”, as the Andromedans describe it.” Collier points to an interesting issue regarding the craters. Indeed, many of them should be much deeper than they actually are and this is a fact that “defies known science.”

But the Andromedans mention that the craters were, in fact, artificially created. Many of the craters located on the far side of the Moon were once domed cities and space craft hangars that were “destroyed during a war that goes back 113,000 years.”

These ruined structures were allegedly discovered long before the Apollo astronauts set foot on the Moon.

They were first secretly explored in the early 1950s by a group of NSA (National Security Agency) astronauts, who were transported and guided by Grey aliens. The area they explored is located underneath the Jules Verne crater and consisted of an enormous underground facility the size of New York state.

Inside, the remains of reptilians and humans were discovered scattered all over the place, as if a violent battle had once taken place there. Technology from Orion was also found and later reverse-engineered and multiple alien writings were discovered and translated.

The underground base housed large lakes, as well as eight sealed vaults, the contents of which have not been made available by the Greys.

Since then, artificial environments have been created and maintained, in order to house the ever-increasing lunar population. Over the past sixty years, it has gone up from zero to over 36,000 humans from Earth, hand-picked by the World Government.

And, as the Andromedans told Collier, it is expected to grow to 600,000 in the near future.

“Anti-gravity anomalies on Earth were used to send equipment and hardware to the Moon. Pine Gap, Australia and Diego Garcia Island in the Indian Ocean were the primary launching areas. Also, Siberia in Russia is another location.” Such complex operations on the Moon require an equally complex hierarchy.

The leaders and those who have the final word are the Greys but they seldom intervene themselves. They mainly communicate their will through a group called the Black Monks.

Although originally human, the Black Monks have been extensively modified to serve the Grey’s needs and are “no longer considered to be Earth humans.”

Directly below the Black Monks is a group called the Blue Moon. It consists of American, British, Russian and French forces. These groups operate and control the moon bases but they also need divisions on Earth.

There are two such organizations, Alpha One and Alpha Two. Collier was unsure about Alpha One but believed it had to do with gathering materials and resources on Earth and keeping the population unsuspecting.

If this is true, the organization we believe to be in charge of such covert projects is actually “at the bottom of the ladder” and said ladder runs much higher than we previously thought.

To this day, Collier’s claims have yet to be proven but dismissing them is equally difficult. The far side of the Moon is forever hidden from view and even if a number of alien bases were located there, we woldn’t be able to notice them.

But Alex Collier is adamant about his disclosure and the information he received from the Andromedans.

“When the Apollo astronauts landed on the moon, the World Order had been there for some time. This knowledge and technology was withheld from the lower levels of NASA and our military. NASA has been used as a blind to keep people from truly knowing what was going on there. The astronauts were silenced under threats and remain so today.”

The Riddle of the Martian Trees: What Is Depicted in Strange Photos