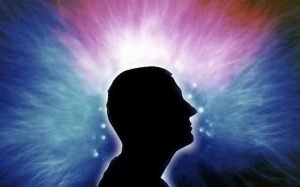 Biochemist John Norman of the University of Maryland has found in his own words proof of the existence of a bio-energetic field around people. In spiritual circles for thousands of years talking about such a field, but also highlights research on its existence.

Dr. Hansen has hundreds of experiments and the study was repeated by several other scientists, including William H. van den Berg of the University of Pennsylvania and William van der Sluys of Gettysburg College, which their study was published on 15 March in the Journal of Scientific Exploration.

Hansen wondered if a bio-energetic field, if it existed, would have enough power to make a move called torsion pendulum. He held the pendulum above the head of the test subjects, and then the object started to move.

The researchers concluded that the motion was caused by a force field which is generated by the subject beneath the pendulum. “We know of no force that can explain these results,” they wrote in the Journal of Scientific Exploration.

“Possibly a conventional explanation for these surprising results are found, but it could also be that we have observed a phenomenon that forces us to develop new theoretical concepts.”

At a conference in May, Hansen said that some subjects, especially those who meditate for years, had very different effects on the pendulum when they are in a meditative state.

This shows, according to him that could affect the mental state of an individual and change the behavior of the pendulum dramatically.