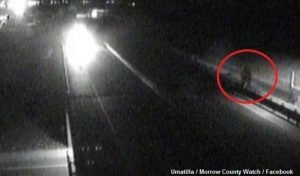 A fascinating traffic camera picture from an Oregon highway might confirm a motorist’s report that they encountered Bigfoot during last month’s driving around the region.

The close encounter took place on November 30th, according to a “Umatilla / Morrow County Watch” Facebook group that tracks scanner reports in the state, when a citizen made what was defined as a “frantic phone call” to the local police and said they had just seen Bigfoot.

The witness reported that the creature was “dwarfing the guard rail” and was “too big to be a bear”. 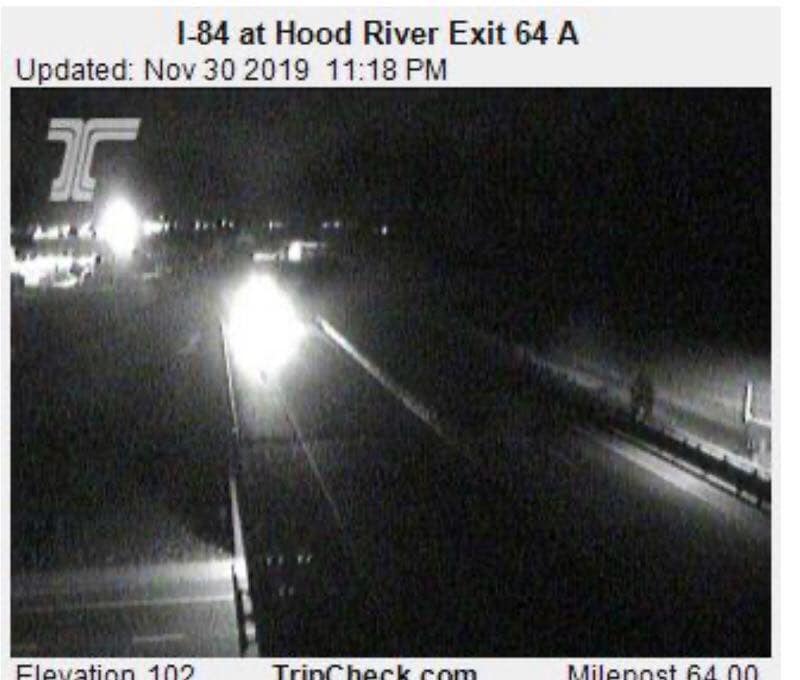 What otherwise would be a rather ordinary Bigfoot sighting, incident took an interesting turn when the 911 dispatcher turned to an Oregon Transportation Department website that just so happened to have a camera installed in the location where the creature was supposed to be seen.

Incredibly, the device had a picture about the time of the incident and huge, bipedal creature standing next to a guardrail can be seen in the photo.

The fact that at the same time the camera recorded something abnormal is quite interesting and, at least, shows that the driver did not invent the story.