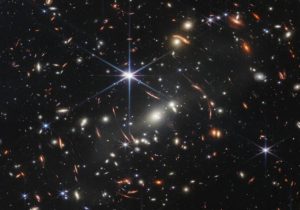 On July 11, NASA unveiled the deepest infrared view of the universe, and it’s even better than we ever imagined.

This is the most distant past we have seen in the universe to date, thanks to JWST’s impressive infrared capabilities and its giant mirror.

The image covers an area of ​​the sky about the size of a grain of sand that someone standing on Earth holds at arm’s length. There are thousands of galaxies here.

“For the first time, we can see the details of these earliest galaxies, which contain the first generations of stars ever formed in the universe. These galaxies formed primarily in a dark universe filled with neutral hydrogen gas and are very different from the cosmos we see today,” astronomer from the International Center for Radio Astronomy Research Katherine Trott told Scimex.

“This image captures starlight from the earliest objects that formed in the first few hundred million years after the Big Bang. This starlight is over 13 billion years old and is focused towards the James Webb telescope by the incredible bending force of a massive cluster of young galaxies.”

For his first deep survey, Webb peered into a patch of sky called SMACS 0723, in the southern constellation Volan. Hubble has also obtained some observations of the region earlier, and Webb is expected to discover more.

For comparison, earlier this part of the Universe was captured by Hubble. Image below (left). 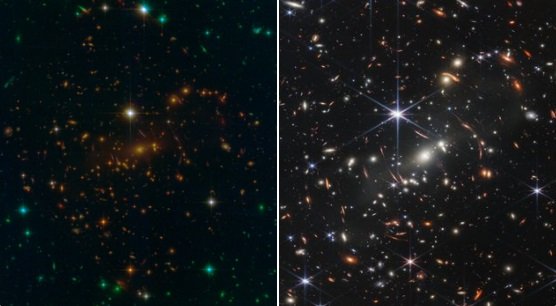 SMACS 0723 is an excellent target for this kind of observation, because massive clusters of galaxies are in the foreground.

They act like a giant cosmic magnifying glass. Due to their massive mass, their gravity causes a noticeable curvature of space-time around them, with the effect of increasing light from more distant objects.

Such gravitational lenses have previously provided impressively detailed views of the distant universe. In this image of SMACS 0723, exposed for a total of 12.5 hours, we can see thousands of galaxies, many of them for the first time, including the faintest objects we have ever seen in infrared.

Does anyone else think that we are alone in the Universe?

During a chess match, a robot grabbed and broke a finger of a 7-year-old boy