A lot of people have a tendency to write off Canada as being either a vast and empty ice covered wasteland or simply a place with well mannered and nice locals, the country by itself has a very rich and long wearing traditions of legends and monsters. Some of the creatures come from the stories and myths from the Native Americans who still live in the country as part of the ethnic group known as the First Nations.

However, some were brought over from the stories of European settlers and immigrants. This situation creates a very unique occurrence where an entire country is full of monsters that are from an extended mix of origins but still embraced by a modern population.

Deep in Okanagan Lake, a water monster by the name of Ogopogo is said to dwell in mystery. For well over a century, this creature has been drawing on the imaginations and hiding from both locals and visitors to the lake. Okanagan Lake is actually very small as far as physical space and water volume. It is approximately 5 kilometers wide and 135 kilometers in length. The native peoples who used to live near the lake were the first to give it a name.

They dubbed the beast Naitaka, which translates to “Lake Devil.” Yet the name Ogopogo did not come about and gain a great amount of popularity until it was included in a dance hall song of 1924 which states the now famous moniker of “His mother was an earwig, his father was a whale. A little bit of head and hardly any tail. And Ogopogo was his name.” The creature was first reported as being seen in 1872.

Yet, since then he has been spotted in the lake numerous times—despite his normally acknowledged bashful and rather shy demeanor. People who still live near the Okanagan Lake have become very fond of their lake monster which is generally described as a serpent like creature with multiple humps throughout its body which is topped with a horse like head.

The story of the sasquatch has been spread all over wooded areas of the entire North American continent. While Americans typically refer to this creature as “Big Foot,” the majority of Canadians use the name sasquatch which comes from the Native American Salish word for “hairy man” or even “wild man.” The physical depiction of this creature does not seem to change much over the very large span of the nation of Canada—which happens to be the second biggest country on the entire globe as far as land mass goes. 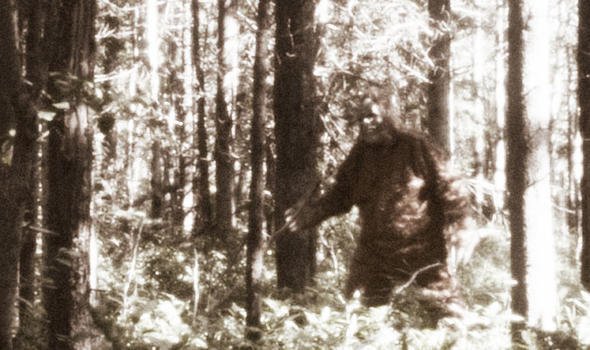 These extremely hair creatures that tend to resemble large apes seem to be very reclusive and even timid when it comes to interacting with humans. Only a few photographs or videos or even hard core evidence of the creature (like foot prints or trails) exist. Some of the most widely known pieces of evidence for the presence of sasquatch in the Canadian wilderness are hoaxes though, which discredits real monster hunters and scientists who try to be honest and clear with their information on the sneaky creature.

Loup garou is actually the French name for a werewolf. Therefore it is easy to guess that this is a Canadian legend that was brought over from the French settlers in the area know as Quebec. Very old French folklore clearly was fascinated by wolves in generally and especially men who transformed into wolves. The natural increased population of wolves in the New World turned these random stories into something more coalesced. There are a multitude of Native American werewolf stories in this wolf playground throughout Canada as well. 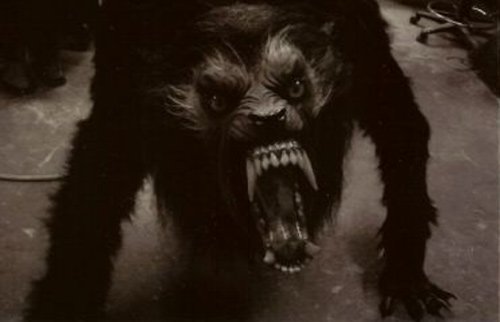 All of these aspects combined to make the legends of the loup garou even more well known and popular in Canada than in original continental Europe. Even today, very rural areas in Quebec still have a few scarce reports of man like wolves that attack farm livestock and even sometimes humans themselves. The more traditional loup garou stories are still favorites to tell around the campfire and to pass down to younger generations from family elders who may even claim to have seen the wolf men personally!

Canada certainly is fond of its lake monsters. This is not much of a shock as the country actually has the largest fresh water supply on the globe with tons of lakes that mysterious creatures can live in and confuse locals as well as visitors of the lake. Reportedly swimming in the deep waters of Lake Champlain between the Canadian province of Quebec and the American states of New York and Vermont is a serpent like creature that has been playfully named Champ after the lake in which it lives.

He was first spotted in the mid 1800s, but a short film by two local fishermen that captured the creature as it moved through the water in early 2008 really made his well known on the world stage and caused quite a commotion in the area of people scrambling to get a look of their own.

Cadborosaurus willis is a sea serpent that has been reported to live along the Pacific Coast of the North American continent. The “saurus” part of its name is linked to the Greek word for reptile or lizard like all of the prehistoric dinosaurs found by paleontologists. The beginning of its name though actually comes from Cadboro Bay that is located in Victoria, British Columbia. Cadborosaurus has been described as being similar in appearance and behavior to other mysterious lake serpents around the world like Scotland’s Loch Ness monster dubbed Nessie or the previously stated Okanagan Lake’s Ogopogo which is also located in British Columbia. 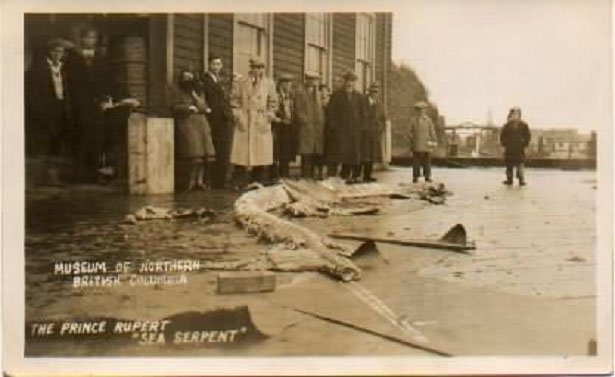 The only primary difference is that Cadborosaurus has been see with a set of rather long webbed hind flippers which fuse together to create a big fan like tail that is perfect for powerful forward propulsion. Over the past 200 years there have been roughly 300 sightings of Cadborosaurus in various coastal areas on the western edge of North America—primarily near British Columbia in Canada but as far down as San Francisco Bay in California.