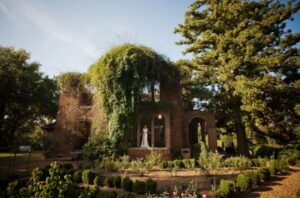 A golf resort known as Barnsley Gardens located in Adairsville, Georgia, United States was rumored has been cursed by Cherokee Indians. Barnsley Gardens has a past filled with love, loss, and legends.

Originally known as Woodlands, the plantation was established by Godfrey Barnsley for the love of his life, his wife Julia. In 1823, eighteen-year-old Godfrey Barnsley sailed from his native England to Savannah, Georgia. In Savannah, he became a clerk for a cotton shipping firm and rose quickly in the cotton world.

By 1834, he had become one of the top cotton merchants in the south. He also aspired to build a big house with Mediterranean-style villa with stucco walls and soaring towers surrounded by springs, exotic gardens and marble statuary from around the world. 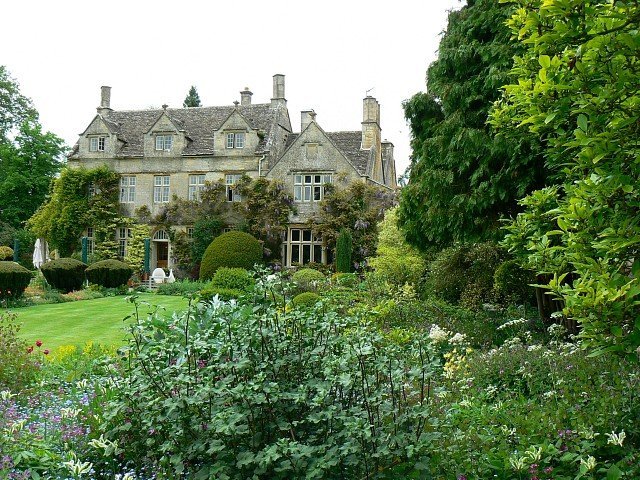 While living and working in Savannah, he met Julia Scarborough, the daughter of a prominent merchant and financier. They fell in love and were married December 24, 1828. Barnsley wanted to find a location with a cooler climate where their 6 children would to be healthier.

It was in Cass County (now known as Bartow County), that he found what he was looking for. Until recently, the Cherokee Indians had lived in that area and many of them believed the land to be cursed.

Barnsley had been told that this was a cursed area and he would not be wise to build there but, he had found what he wanted and was going to build his home there.

Later Barnsley purchasing large tracts of the old Cherokee Indian Lands and began to create a grand Estate and Gardens, a prominent oasis amidst the lovely mountains of Northwest Georgia that he named… “Woodlands“.

Trees, plants, and shrubs, along with thousands of priceless collections from the four corners of the World were transported to Woodlands, the illustrious dream home he had long planned for his beloved Julia.

Everything went according to plan at first. The Barnsley’s arrived in 1841 and settled into a temporary log cabin while construction on the main house began. They planted gardens, built playgrounds and dug fish ponds. Gradually, the Woodlands grew to encompass more than 10,000 acres.

Three years later tragedy struck. While visiting her doctor in Savannah, Julia became very ill and soon died of a lung ailment. Barnsley was devastated by the loss of his wife. In his grief, he threw himself into his work and left his 6 children in the care of a governess for more than a year.

Later, he said he felt her wife’s presence at the site telling him to finish the house for him and his children. The mansion was built in the style of an Italian villa by the architect Andrew Jackson Downing. 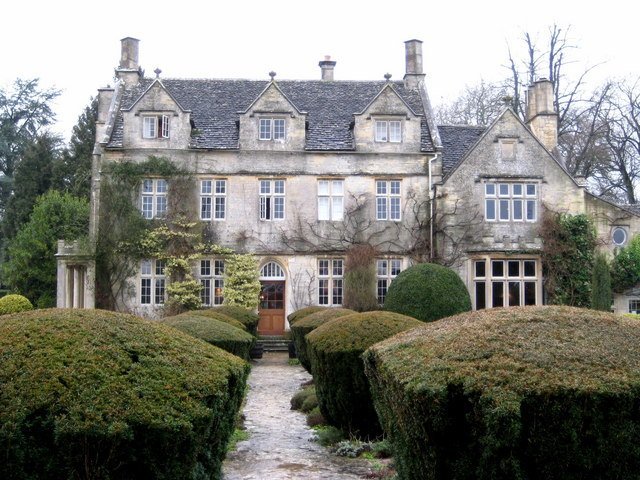 He built a library, billiards room, two drawing rooms, reception hall and separate quarters for housekeepers and grounds-men. He stuffed the house with expensive furniture and his priceless collection of paintings and other art objects.

Each day after the workers left, he would wander the gardens, weeping and calling out his dead wife’s name. He sought desperately to establish contact, to communicate with his wife’s spirit.

On many occasions visitors to the Woodlands spotted the wispy form of a young woman gliding through the gardens or wandering across the acorn-shaped hill on which the mansion stood. Some caught glimpses of a young woman’s forlorn face peering from tower windows. Those who had known Julia swore the apparition bore a striking resemblance to Barnsley’s wife.

Unfortunately, Julia’s death was only the beginning of misfortunes that would plague Barnsley for the rest of his life. Freakish accidents claimed the lives of several of his children, while the collapse of the Southern economy following the Civil War laid waste to his estate and ruined him financially.

Some say the trouble was linked to an old Indian curse. According to legend, a Cherokee chief cursed the ground because the fegeral government uprooted his people in the 1830s and sent them marching westward. No white man would ever know peace on the ground, which the Cherokee claimed was sacred.

Nobody thought much about the curse until Julia’s death. Not long after Julia’s death, Barnsley’s youngest son died in a fatal accident. In the autumn of 1858 his teenage daughter died in the house. That same year, another son was killed by Chinese pirates while in the Orient searching for exotic plants for the estate’s formal gardens. In Savannah, a son-in-law was crushed to death while overseeing a transfer of logs.

Eventually, Barnsley blamed his misfortune on the curse, and sought out mediums, psychics and religious leaders to help undo the old Indian’s curse.

A few months later, with the outbreak of the Civil War, Barnsley was left alone with his unfinished manor house. His estate now lay in shambles, along with his dream of becoming one of the most prosperous planters in the South.

Godfrey Barnsley died in New Orleans in 1873. His body returned to the family burial plot at Woodlands. His North Georgia Estate would later become known as Barnsley Gardens.

On his deathbed, Barnsley reported begged a minister to rid the evil curse on his property. It was too late to bring back his family, or to restore his health and fortune, but at least he hoped the future owners would be spared misfortune and grief.

In 1874, a tornado swirled in from the north, blowing off the mansion’s roof and scattering his exotic planting to the four winds. Unable to rebuild or even keep up the ground, Barnsley’s descendants simply let the old estate fall to ruin.

Almost 150 years later, in 1988 Prince Hubertus Fugger purchases the estate, reviving and expanding the Historic Gardens so that more than 200 varieties of roses thrive. The remains of the Manor House Ruins are restored and Barnsley Gardens Resort is born.

In the summer of 1989, another Cherokee returned to the estate to undo the old chief’s curse. Richard Bird, a medicine man from Cherokee, North Carolina, said he knew something was wrong the moment he stepped onto the property. “There was definitely something unexplained when we got here…there was something,” he told reporters.

Bird was hired to perform a “casting out” ceremony by an attorney representing the estate’s new owner. The ceremony must have worked, because the estate has apparently been free of trouble ever since.

Source: In the Realm of Ghosts and Hauntings by E. Randall Floyd