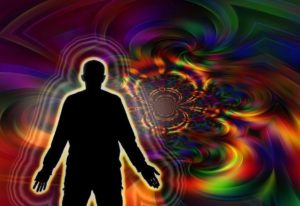 The aura is a term accepted in psychic and spiritual contexts but regarded with a degree of skepticism in the scientific community. One tends to intuitively sense the presence of another person or a dangerous situation without a clear understanding of the origination of that “knowing.”

Psychics point to these instances as evidence of an external field of energy connecting each person to a universal source that transmits information. This connection is part of the personal energy field or aura of the individual.

The aura can also be a mirror for the general well-being of the emotional and physical body of a person. As such, it can be cleansed and strengthened through meditation, meridian tapping techniques and personal energy development.

Aura Has an Electromagnetic Flowing Nature

The idea that the aura has an electromagnetic flowing nature with colors that shift in reaction to an individual’s state of mind and health has been consistent throughout history. To those who indicate an ability to see auras, the human energy body or aura is described as a luminous ovoid surrounding the physical body.

Each sound, breath and heartbeat creates ripples and pulses of colorful energy in the aura. The aura is said to be the first thing one senses when two people meet.

Scientists Have Investigated Existence of the Aura
According to Cyndi Dale, author of The Subtle Body, scientists have investigated and used various methods to substantiate the existence of an aura since the early 1800s.

In 1911, Dr Walter Kilner examined the aura with colored filters and a special kind of coal tar. He discovered three zones: a dark layer next to the skin, a more ethereal layer flowing at a perpendicular angle to the body, and a delicate exterior with contours about six inches across.

Soviet scientists from the Bioinformation Institute headed by A.S. Popow measured biocurrents manifested in the surrounding energy body. They discovered that living organisms emanate vibrations at a frequency between 300 and 2,000 nanometers.

In the 1930s, Russian scientist Semyon Kirlian and wife Valentina invented a photographic process that involved directing a high-frequency electrical field at an object. The object’s pattern of luminescence can then be captured on film.

Using electrodes of silver and silver chloride on the skin, in 1988 Dr. Valerie Hunt recorded the frequency of low-millivoltage signals emanating from the body during Rolfing sessions.

The wave patterns recorded were then analyzed with a Fourier analysis and a sonogram frequency analysis. The field was found to consist of a number of different color bands. These bands are said to be correlated to the body’s chakra system.

Thought Forms and the Aura

The auric field is described as being calm. In a natural state, the sense of calm gives one the sense of well-being. Negative energy or thought forms originating from others or oneself tend to disturb and distort the aura.

This disturbance is experienced by the body as a sense of confusion or feeling distraught. If one has a strong thought, whether positive or negative about someone, it will go to them. If the thought is negative, it will distort that person’s aura.

However, if the person has a strong aura the thought form will tend to bounce back to the sender or bounce off to another person connected to the receiver.

Thought forms can also influence the aura when caused by a sense of worry about someone or something. If one has a problem or concern that one does not want to deal with, it will tend to linger in the aura.

When a number of negative thoughts collect in the aura, they will distort the energy around the aura and cause upsetting feelings to the receiver.

Current interest in strengthening the physical body through meditation and meridian tapping techniques has the added benefit of improving the quality of one’s auric energy field by lessening the influence of intrusive thoughts on the physical body.

If one considers human existence as having no permanence and no bounded reality, it is possible to conceive of energy transference from one person to another. The aura represents the definition of an individual, interfacing the human body with an external source of energy.

The aura or energy body of an individual will benefit from carefully reviewing every relationship in one’s life and cleaning out those that primarily bring feelings of discomfort and unease.

It can also be strengthened and cleansed by a regular practice of meditation. Specific issues with a negative impact on the aura can be effectively resolved using meridian tapping techniques and personal energy development. 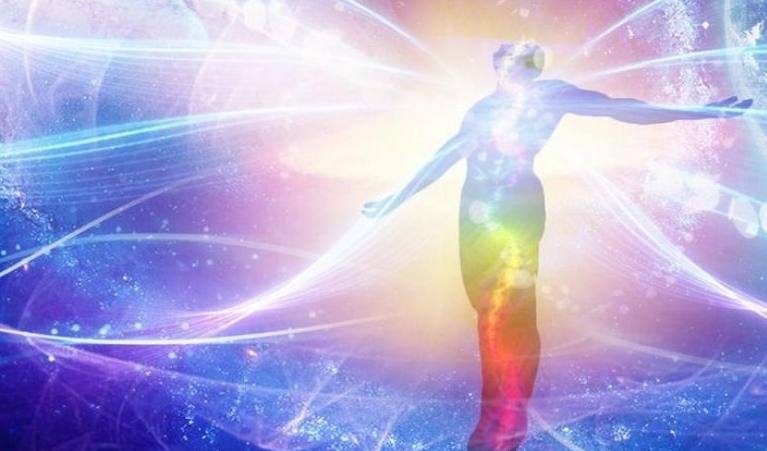 Cyndi Dale, author of The Subtle Body proposes that auric fields are graduating layers of light that manage the energy outside the body. The auric fields connect to the chakras and create a symbiosis between happenings outside and inside a person.

Assemblage point is a term used by Cyndi Dale in The Subtle Body to describe a cluster of energy lines that penetrate the body at a particular point.

The assemblage points are described as being one-half to one centimeter in width, about 0.2 degree centigrade lower than the surrounding skin and settle into a specific point on the body at about seven years of age.

Energies have their particular form or pattern and affect the human body in various ways. Energies can manifest as color, sound, smell, feeling, information, thoughts or as sustenance for the body.

It is possible to create one or more intuitive guardians or sentinels for the aura. The aura guardians can be visualized as ways to strengthen and repair imbalances in the auric field.

Following is an exercise to find a personal aura guardian excerpted from Aura Advantage by Cynthia Sue Larson.

Find a quiet spot where one can be uninterrupted for twenty minutes. Close the eyes and imagine what would be the best to have alongside the aura energy field, meeting and greeting the world.

Keep the eyes shut until an imagine of something that is desirable as a guardian appears. This could be a familiar person, a symbol, color, sound, angels or someone completely new. The aura sentinels are present to help auric energies. They reflect one’s character and personality when they meet and greet outside energies of the world.

Open the eyes and stretch the arms out in front of the body. Imagine that the personal auric sentinel is standing just past the ends of the fingertips. Welcome the aura sentinel into the aura energy field and thank it for being present.

Ground the self and the guardian by visualizing energy cords running deep down into the earth. The energy cords carry away all unnecessary and unwanted energies. Thank the guardian every time it is present, and also check on how it is doing on a regular basis.

The aura can be described as the vibratory essence surrounding all living things. As one attracts spiritual energy through thoughts and activities, the talents, strengths and weaknesses of an individual are expressed in the aura.

Although the aura has a shape that remains constant throughout one’s life, the aura has a dynamic quality of expansion or contraction, changing with one’s mental and emotional states and actions.