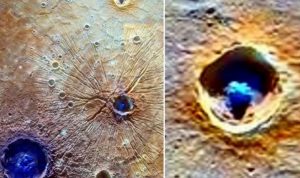 NASA has discovered blue pyramidal structures in the craters of Mercury. Extremely unusual objects have been photographed on the surface of Mercury.

They differ from the landscape of the planet in their color and shape. Also, the fact that their position in the craters is inexplicable. This gives rise to hypotheses that the structure may be the result of the activities of an extraterrestrial civilization.

The mysterious structures have attracted attention with their bright blue color, which no one should see on the 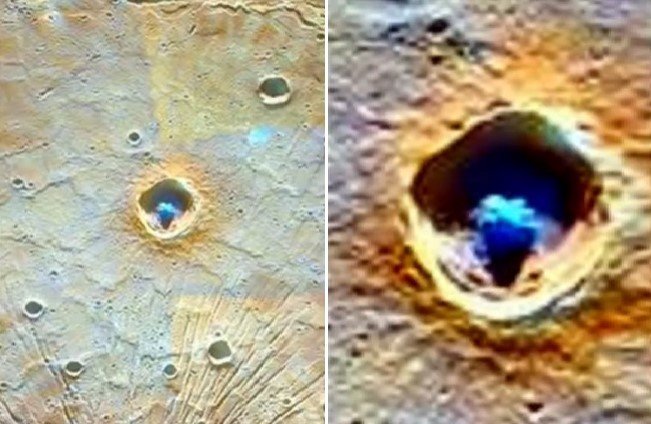 The researchers subsequently took notice by focusing on the shadows of these structures within the craters. And they came to the conclusion that they have a pyramidal shape and are well distinguishable at the corners, along the edges. Which is another proof of the theory of the artificial origin of objects.

Currently, there are several known sightings of blue pyramids located in nearby craters. But NASA scientists have not provided a scientific explanation for the origin of these structures.

Many ufologists believe that this is another sign that our solar system is more likely to be inhabited by alien civilizations.